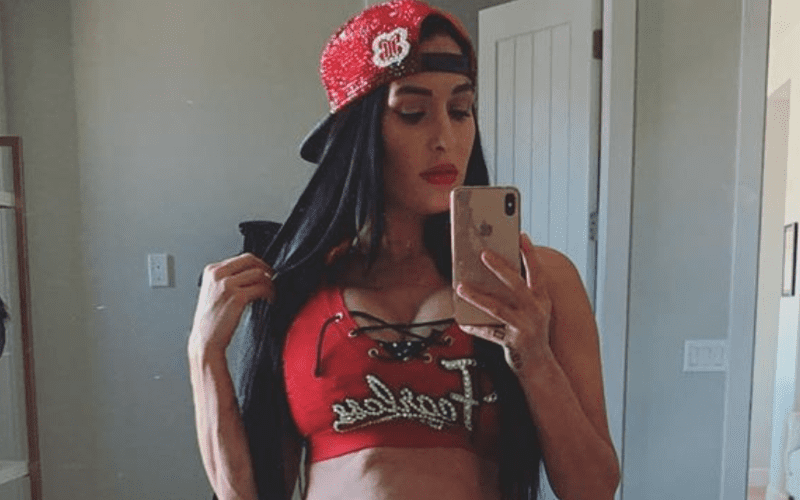 Nikki Bella will never wrestle again. She had a brain cyst that she called “super scary.” She is currently pregnant and enjoying her time waiting for motherhood to start.

Nikki and her fiance Artem Chigvintsev are expecting a baby. While they’re stuck in isolation, they decided to participate in the popular “Flip The Switch” video trend.

Bella also posted a photo in her WWE ring gear. The caption to her photo expressed a bit of disappointment that the WWE Hall Of Fame was called off. Life is still about to change for Nikki and she’s super excited.

What Hall of Fame was about to look like lol but ya never thought you’d see this! At least I didn’t lol filming some fun stuff today and I just love that all I can find in my pantyhose drawer is control tops with the shorts… oh how life has already changed!

There was talk of the WWE Hall Of Fame being moved to SummerSlam weekend. We’ll have to see what happens with those plans.

In the meantime, Nikki Bella seems to be doing fine during her isolated pregnancy.