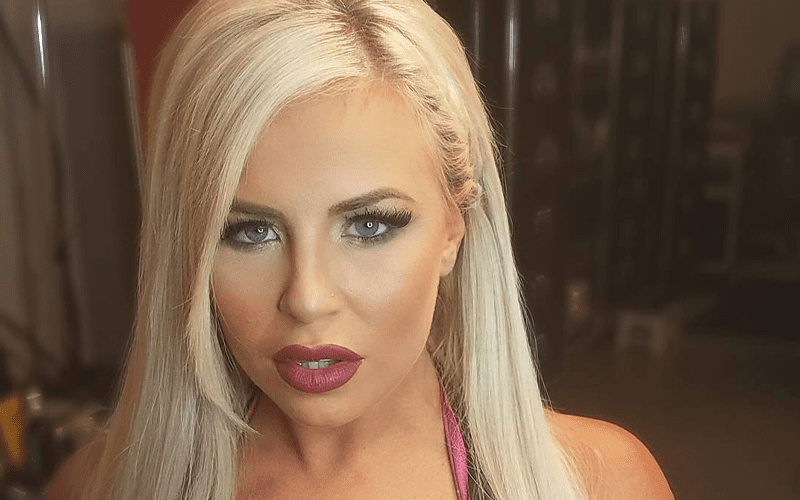 Dana Brooke was in the six-pack challenge match at WrestleMania 36. Then she was pulled from the contest. She was reportedly not feeling well and is currently quarantined.

PW Insider reports that Brooke was not feeling well last week. WWE sent her home. At this time WWE hasn’t replaced Brooke in the match, but it is possible.

Brooke was not feeling well and was sent home last week.  She is still listed on the WWE website listing for the match currently.

Currently the SmackDown Women’s Title match at WrestleMania 36 is Bayley vs. Sasha Banks vs. Lacey Evans vs. Tamina Snuka vs. Naomi.

Rey Mysterio is also in quarantine. WWE had to change their WrestleMania United States Title match plans due to that situation.