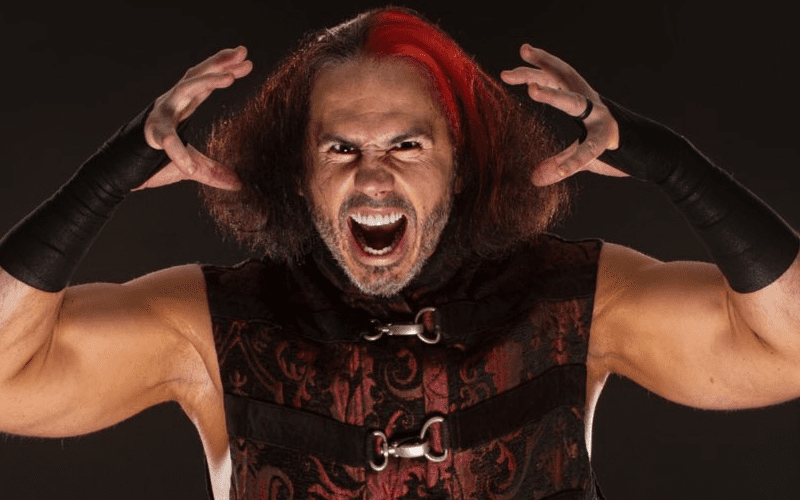 Matt Hardy’s introduction to All Elite Wrestling has been pretty successful up to this point, and as we look ahead to the immediate future, The Broken One could play a huge role in increasing the visibility and appeal of the AEW brand.

Matt was set to step in and feature in the upcoming Blood & Guts match for The Elite, but now that it’s been postponed, we’ll have to wait and see what tricks Matt has up his sleeve.

Despite that, in a recent promo on social media, he seemed to still be promoting the match.

One thing we know for sure is that he’ll be coming face to face with Chris Jericho in what should be a fairly heated back and forth between the two veterans.

Hardy, alongside Brodie Lee, made a huge impact last week on Dynamite, and something tells us that’s only the beginning.

Will Blood & Guts happen before the second half of the year? We certainly hope so.