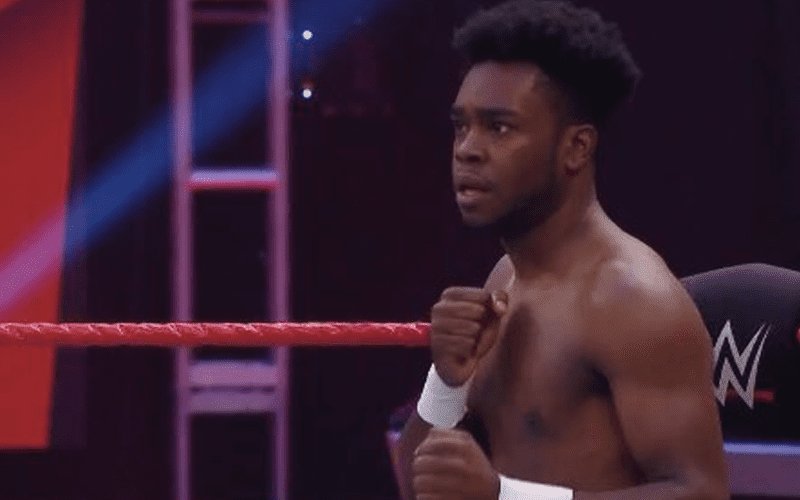 WWE Raw went down in the Performance Center this week. Bobby Lashley’s WrestleMania opponent Aleister Black had a very easy time with an enhancement talent during the show.

Aleister Black decided to sit in the ring instead of fight his opponent. This was an attempt to tease his enhancement talent before ending things quickly with a Black Mass.

Black’s opponent this week was Leon Ruff. Local Competitor reports that this was Ruff’s first match against Aleister Black. He was on Main Event last week.

This was actually Leon Ruff’s third match on WWE Raw. You never know if and when we might see him again.