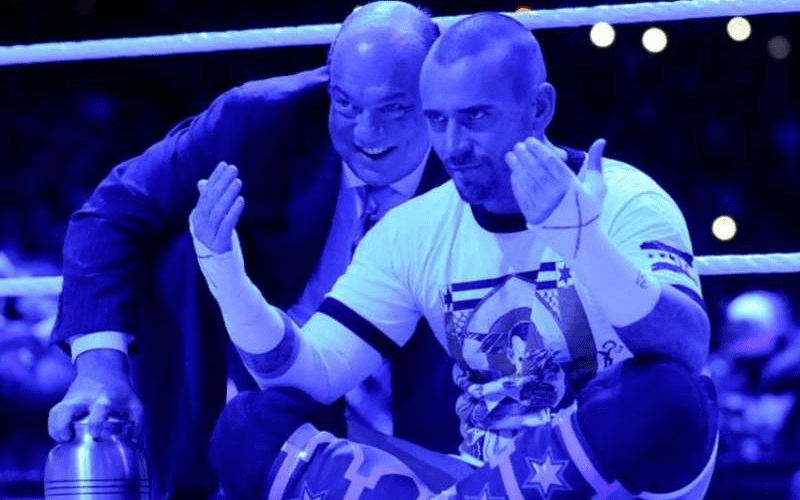 CM Punk and WWE aren’t on very good terms right now. Ringside News exclusively reported that Vince McMahon said that they can’t trust CM Punk and “he’s got issues.” The company seems to be avoiding mentioning him yet again.

WWE sent out a video showing off some historic live music performances in WWE history. For some reason, they neglected to include CM Punk’s WrestleMania 29 entrance where he received a rocking introduction.

Living Colour played CM Punk to the ring at the 29th annual show of shows. It would be CM Punk’s final WrestleMania as he received a huge spot on the card facing The Undertaker, and he got a live band entrance. He still wasn’t in the final match of the night.