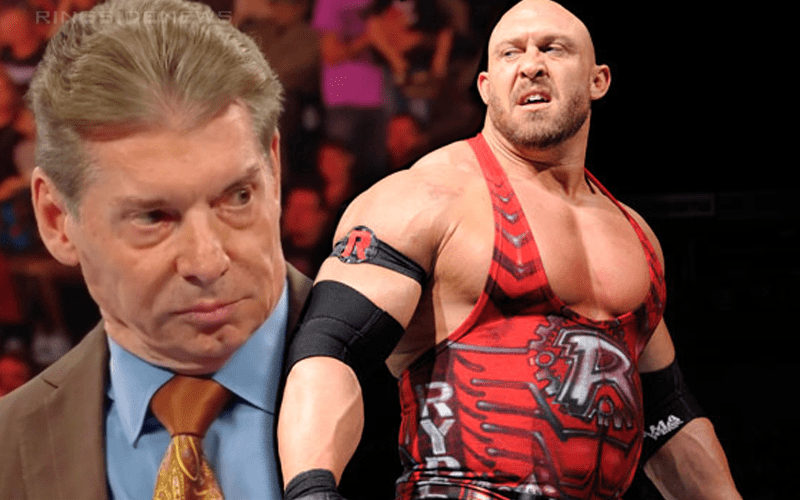 Ryback left WWE and he hasn’t really looked back. He is now quite outspoken about how they handle their business.

While speaking to Chris Van Vliet, it was brought up that Ryback’s previous video with the AEW interviewer surprised some fans. Vliet said that some were “surprised that Ryback wasn’t an assh*le.” This let the Big Guy to reveal something very interesting about why some fans might feel that way about him.

“Unfortunately when I left WWE there was a lot of misinformation put out from WWE which I hired attorneys to have taken down from the sports dirt, Bleacher Report and things — organizations that they work with and they feed information to. They were not happy with the way that I left and I had taken everything, we had it taken down, but the damage was done in that first year and a half with things like that so I’ll just say don’t believe everything you read and give people a chance.”

Ryback can put forth the image that he’s a brutal monster ready to destroy anyone in his path. He’s not that kind of guy in real life.

WWE apparently decided to feed stories to the IWC about Ryback that hurt the way he was viewed by a lot of fans. Now he’s doing everything he can to convince people that it was all a smear job from his former employer.