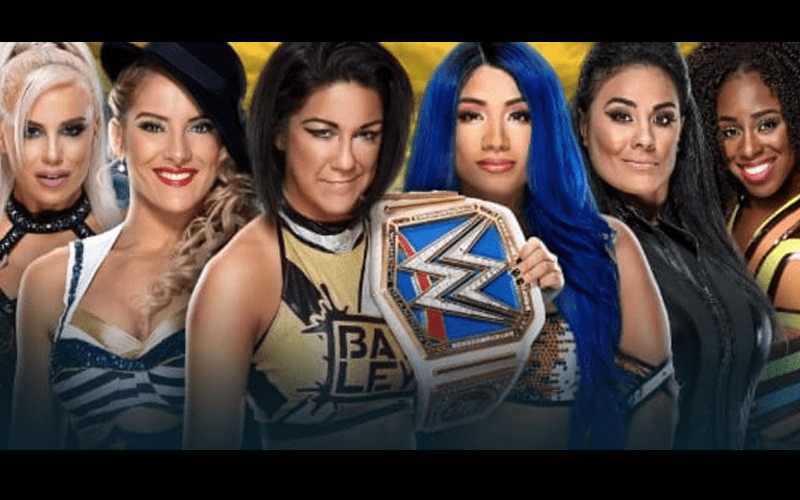 As seen on Sky Bet, the betting odds for the Six Pack Elimination Match at WrestleMania 36 have been released.

For weeks now fans have been wondering whether or not they were going to get the long awaited showdown between Bayley and Sasha Banks for the SmackDown Women’s Championship at WrestleMania 36.

In the end, though, that won’t be the direction WWE goes in, because instead, former champion Paige decided to book a Six Pack Elimination Match for the title instead.

At this moment in time, Bayley is the 5/4 favorite to retain her title in Orlando. Sasha Banks is the second favorite to walk away with the belt at odds of 7/4, with many believing it is a virtual guarantee that they’ll be the two women left standing.

For now, it seems as if WWE is choosing to save the Bayley vs Sasha Banks feud for later down the road.