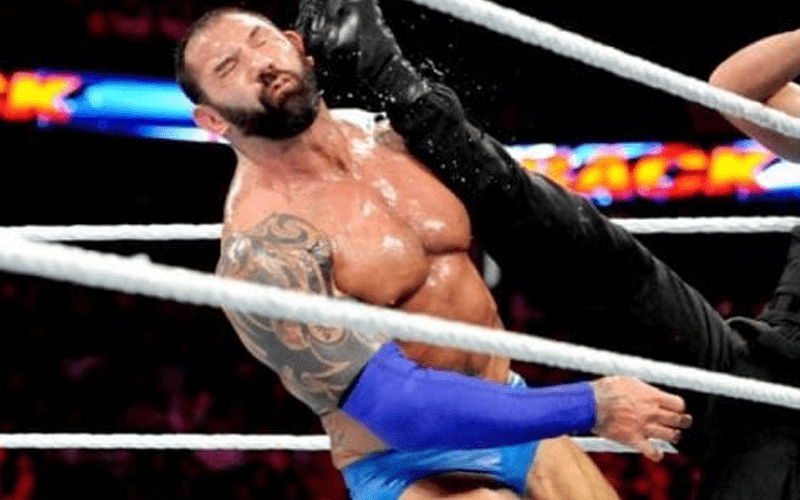 While many older fans will remember Batista for being one of the top stars of his era, younger fans may not have the same memories of The Animal.

This is mainly due to a series of memes that developed over the course of his last two returns to WWE in 2014 and 2019. “Give me what I want” has been circulating for quite some time now, but prior to that, Big Dave put himself in the spotlight for an entirely different reason.

Back in 2014, during Evolution’s feud with The Shield, Batista wore blue attire during the veterans’ match with the three rising stars.

He was mocked relentlessly for doing so, despite the fact that the gear actually looked pretty cool.

Now, with Batista being set for an induction into the WWE Hall of Fame whenever they are able to reschedule the ceremony, we hope that fans are able to take a look at the bigger picture and understand just how good this guy was.

After all, he wasn’t a multiple time world champion for nothing.