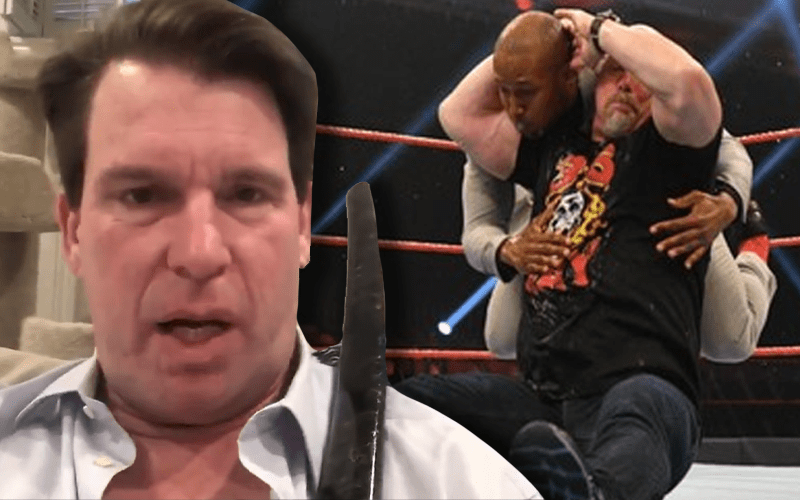 JBL was set to receive an induction into the WWE Hall Of Fame. Sadly, the ceremony is off much like so many other plans for Tampa.

The APA member released a new video while wielding a sword. His cat wisely took off as soon as he pulled out the weapon. We’re not certain why he needed a sword for this video, but it happened.

He said the sword is made out of Valyrian steel. It can kill dragons, white walkers, and Big Show.

JBL gave an update or two about the current state of the world. People all over the USA are binding together to stop the spread the horrible COVID-19 problem. He encouraged people to help out their neighbors if they are out of work due to this terrible world dilemma.

Then Bradshaw gave an update that we were all looking for.

“On a sad note, Byron Saxton looks to fully recover from the Stone Cold Stunner. So, he’ll probably come back to work. You can’t have it all.”

Byron Saxton took a Stunner on RAW this week complete with a kick to the nuts. It seems like he’ll make a 100% recover. That is pretty depressing news the way JBL sees it.

In the meantime, wash your hands, don’t touch your face, and be nice to each other.