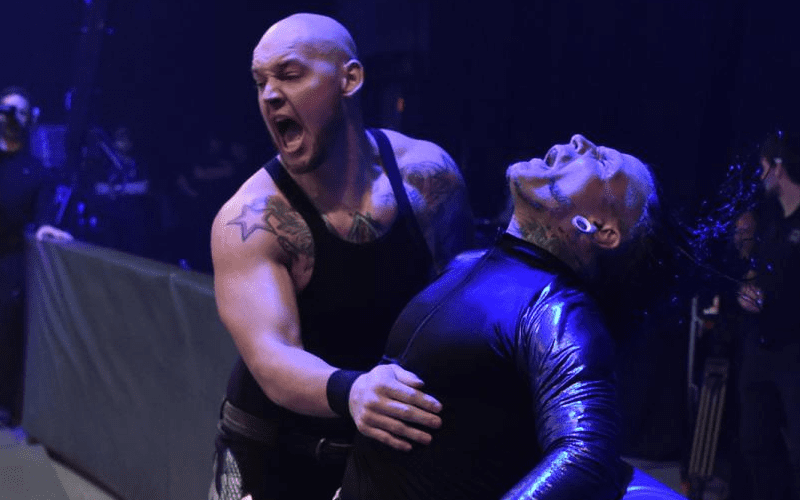 WWE can’t let fans in the crowd to watch matches anymore. This coronavirus pandemic has put a stop to that until things have cleared over. It not going to get better unless people bind together and actually take action.

King Corbin wrestled without a crowd at the PC. He spoke to After The Bell about how weird it will be to wrestle without anyone there. This was recorded before SmackDown last week.

“TV shows do it all the time without audiences, you know, some have studio audiences. You know, a movie doesn’t have it [live audience], you’re not getting that instant gratification of a crowd right that energy you’re not feeding off of it. You know when they’re throwing each other around and when you have an audience that is going insane, whether they love you or hate you, we all know most of them hate me, everything kind of hurts a little less because your adrenaline’s up. But now you’re not going to have that reaction.”

“I’m very curious to what things actually feel like. It’s gonna be interesting because yeah, it’s definitely gonna feel different. And, you know, the reality is a lot of it is timing you know. You’re having to rely on an audience to kind of help you figure out where to go. Where to take the performance, and you’re not gonna have that. So it’s gonna be telling, who’s got some good instincts? And who doesn’t.”

WWE will hold another episode of Friday Night SmackDown this week. Goldberg and Roman Reigns will sign their contract. Rob Gronkowski will be there too, but other than that we have no idea what to expect.

It’s likely that WWE will hold some live matches because they learned their lesson after NXT’s rating came in.