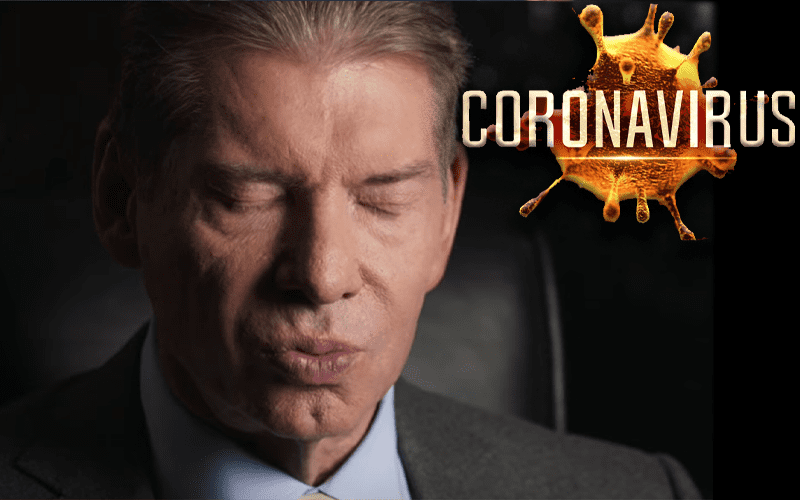 WWE is doing everything they can to make sure the coronavirus stays out of their closed sets. AEW is doing the same. Medical screenings consist of taking someone’s temperature and little more at this time. Actual coronavirus tests are not given.

During Wrestling Observer Radio, Dave Meltzer expressed concern for people Jim Ross, Jake Roberts, and event Vince McMahon himself. They are more susceptible to contracting COVID-19 and having things take a bad turn for the worse.

Apparently, this is also a concern that others have expressed.

“I do think that there’s an issue with Vince McMahon, and Jake [Roberts], and Jim Ross, it’s a little on the risky side, I’ll just say that and Tony [Schiavone] too for that matter.”

“When you’re talking about people who are over 60 years old and Vince is over 70, I mean it’s a little on the risky side. I mean it’s one thing if you’re in your 30’s or even your 40’s like Christopher Daniels, it’s a lot safer proposition. I mean a guy Vince’s age, not just Vince, all of them. People in the business in the last week have brought up those names — not all of them, but the older people, you know traveling and everything like this it’s probably not the best thing.”

“Obviously Vince wants to be there and no one’s gonna stop him, but sometimes you know you should air on the side of caution and JR has got incredible work ethic. He’s very mentally determined to do his job. I mean, he really has that and you know Jake’s look, Jake probably doesn’t care anyway. Jake’s been through — he’s done a hell of a lot more risky things than fly to Jacksonville, you know in his life.”

Meltzer continued to say that “I think those things should be thought about a little bit more when it comes to guys over the age of 55 let’s say.”

Steps are in place to make sure that everyone who steps on the set for Dynamite or any WWE programming is healthy. Hopefully, this doesn’t become an issue.