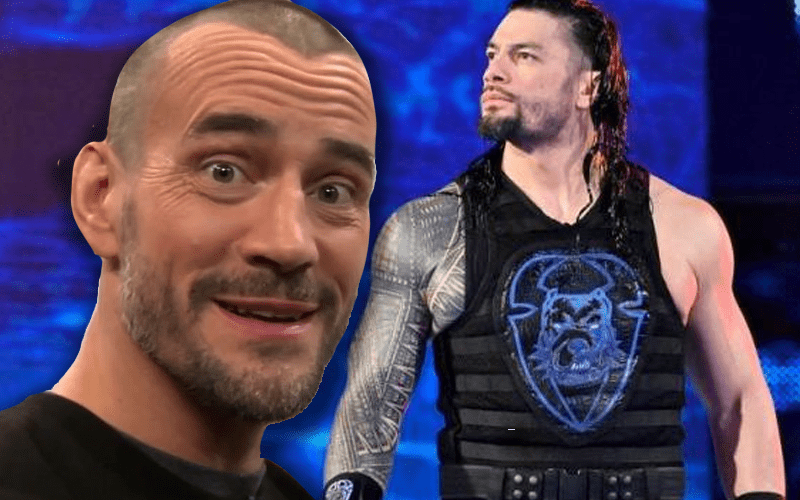 CM Punk made a little remark about Roman Reigns not getting booed for the first time when WWE played an empty Performance Center. When asked about that, Punk admitted that he gets a bit crabby when he doesn’t eat.

The Second City Savior recently spoke to Sing & Mrs where they asked him about this comment. Punk didn’t mean for it to be taken as a dig. He was got “Twitter fingers.”

“Sometimes if I haven’t eaten in two hours, I get crabby, and I can take things the wrong way. It’s not meant as a personal attack on anybody. If anybody is super offended, I didn’t do it on purpose. Sometimes I get Twitter fingers, but it’s not the way I would’ve done things. It is what it is.”

CM Punk also spoke about how much he enjoys WWE Backstage, but he has spoken to producers trying to get them to change things.

Roman Reigns is certainly on a “dream match” list for fans if CM Punk ever does make a WWE return. That might never happen, but there’s also no way to predict the future.