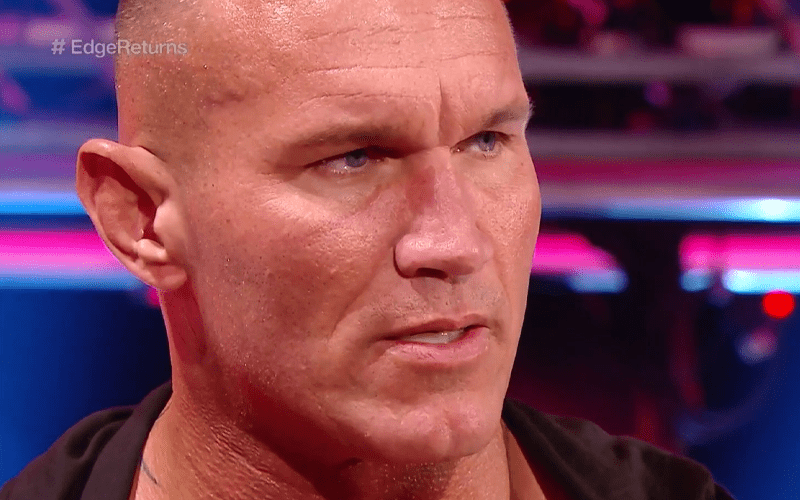 Last night, WWE dropped yet another bombshell when they revealed that not only will Rob Gronkowski be hosting WrestleMania 36 – but that he’ll be doing so across two days, with the showcase of the immortals taking place on both Saturday and Sunday for the first time ever.

We all knew that Gronk was going to be making his way over to WWE, but nobody quite knew what his role would be. While it seems likely that he’ll have a match or two at some stage, a hosting role will be his first gig with the company.

One man who wasn’t all too pleased in the wake of these two announcements was none other than Randy Orton.

“Well ain’t that some bullsh*t”

While he may just be a bit annoyed about Gronkowski hosting the show or it becoming a two-day event, it seems more likely to suggest that he isn’t a big fan of Gronk being featured on the poster whilst he isn’t.

Randy Orton vs Edge is easily the most personal feud heading into WrestleMania 36, and while there may not be any guarantees yet, it’s a shame that they probably won’t be given the chance to main event the show.