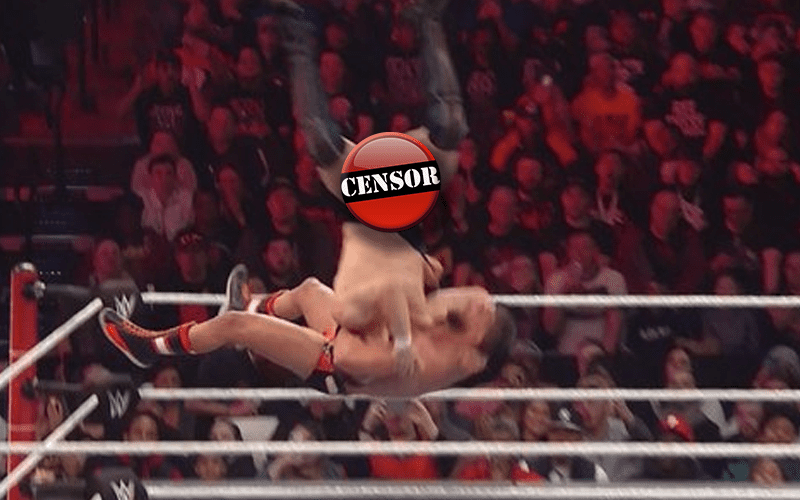 Daniel Bryan and Drew Gulak had a professional wrestling match to kick off WWE Elimination Chamber this year. Fans also got a glimpse at Bryan’s boys after his tights didn’t stay in place at all.

Gulak is a tough opponent and he pulls at a lot of things, including tights. This left Daniel Bryan exposed. It would have been bad enough if it happened once, but Daniel Bryan’s neither regions made second cameo by the time the match was over.

During his appearance on the Bella’s Podcast, Daniel Bryan opened up about that embarrassing experience. He found it interesting because as a male people seemed to react to it differently.

“Well so, it’s really interesting because that’s the reaction that women have, and I think it’s because whenever it happens to women, it gets overly sexualized, right? And then so it’s like, ‘Ooo! I saw this’ or whatever like that. So I didn’t find out about it because nobody backstage — when I came to the back, actually, mostly, people were either saying, ‘Woah! Oh man that was great’, or they were concerned for my neck. Like several people very mad at me, concerned about my neck, and so, not a single person mentioned it.”

“I went to sleep last night not even knowing it was a thing. I didn’t feel anything and you think because that’s a sensitive area, you’d think you’d feel a breeze or something like that. But, like last night it wasn’t even a thing. It wasn’t a thing this morning, until I landed and I got two text messages from friends and all my friends know I’m the worst texter, I never get back or anything like that so people very rarely — they stop sending you text messages. So that meant when I got two text messages from people saying like, ‘Dude, I saw your balls.’ I was like, ‘What?’ I feel like I didn’t know what was going on.”

Daniel Bryan apparently didn’t even realize that he was exposed that night. He certainly realized it in the morning.

Perhaps he will take additional precautions in the future to ensure this doesn’t happen again. Either way, he later commented that he doesn’t see himself continuing as a full-time WWE Superstar after his current contract is up.