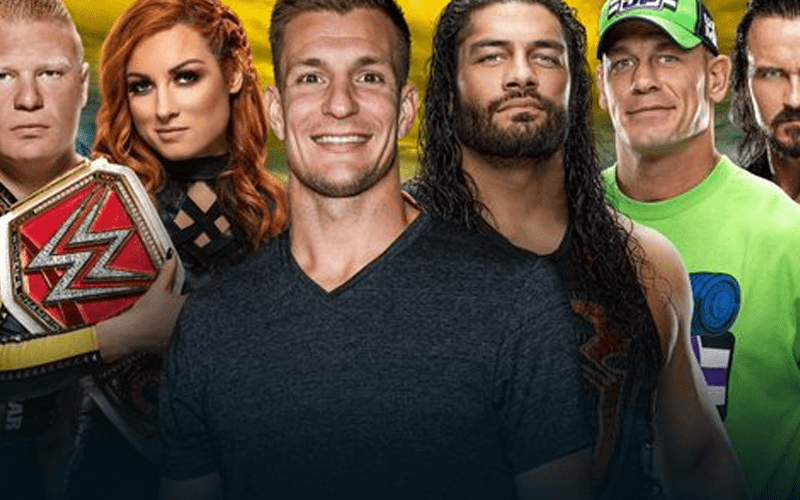 Rob Gronkowski signed a deal with WWE. He will be on Friday Night SmackDown this week to kick off his time with Vince McMahon’s company.

Gronk already knows what he’ll be doing for WrestleMania in the Performance Center. It will be a long gig for him, because Mania is now a two night extravaganza with zero fans in attendance.

The company confirmed this in a huge announcement:

Gronk will be the official WrestleMania host this year. WrestleMania will be a two-night event for the first time ever. The three-time Super Bowl Champion seemed pretty hyped about this news.

It’s official! I’m hosting @WrestleMania this year…and it’s gonna be too big for just one night. For the 1st time, #WrestleMania will be a 2-NIGHT event: Saturday, April 4 AND Sunday, April 5 on @WWENetwork! Tell you more this Friday night on #SmackDown at 8 ET on @FOXTV.

We’ll have to see what the specific details are about this. WWE is going to use the entire weekend to continue providing action for fans. Only essential personnel will be permitted to be at the event. WWE is also medically screening everyone.

This might be a way to ensure that they keep less than 50 people in the WWE Performance Center. It will definitely be another first for this year’s WrestleMania event.