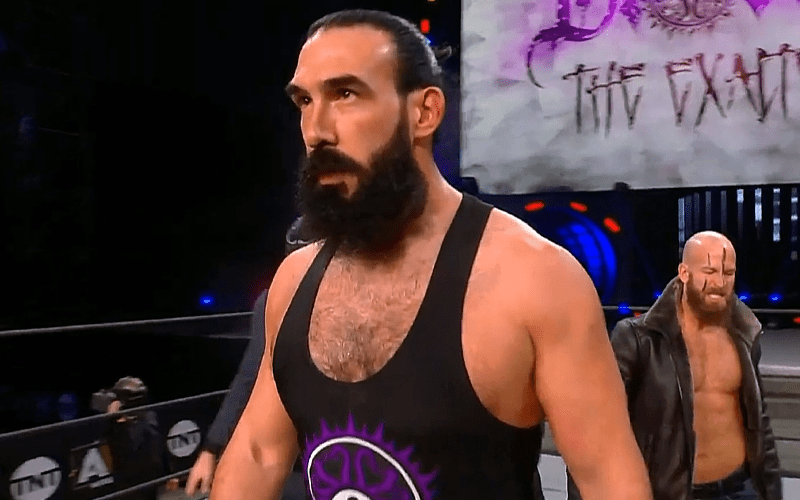 The Dark Order debuted and they were surrounded in mystery. As the weeks went on we started to hear about an Exalted One. They teased the Exalted One’s appearance and the day finally came to reveal who is behind the Dark Order.

The Dark Order kicked off the second hour of Dynamite by coming to the ring. Evil Uno and Stu Grayson were without their usual creepers.

Evil Uno said that tonight eyes will open and everyone will see what Evil Uno sees. He promised the Exalted One’s arrival and Evil Uno never lies or breaks his promises because he cares about us.

Then Christopher Daniels and Frankie Kazarian of SCU came out and told Evil Uno to stop running his mouth. Daniels said that Evil Uno just lies. He doesn’t make anyone’s life better. He has just wastes their time.

Daniels said there is no Exalted One. Then the screen went to a video package showing a hooded man saying that he is the Exalted One. He said that the Dark Order does what they want when they want it. If they want something they take it.

He said if the Dark Order knocks on your door then you open that door. Then he revealed himself to be Brodie Lee, former WWE Superstar Luke Harper.

The word is out and now we know who the Exalted One is. It is Brodie Lee.

AEW Dynamite was supposed to be in Rochester, New York this week, but those plans had to change. Rochester is Brodie Lee’s hometown.

When the lights came back, Brodie Lee was in the ring and the Dark Order tore apart 2/3 of SCU.