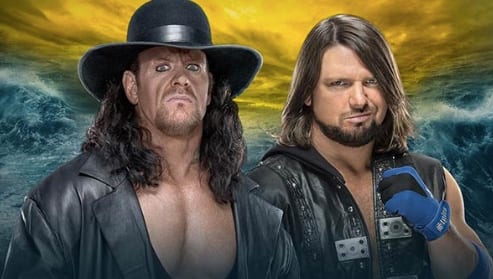 As seen on Sky Bet, the betting odds for The Undertaker vs AJ Styles have been released.

The feud between Taker and Styles has been building, slowly but surely, over the course of the last few weeks ever since The Deadman appeared in Saudi Arabia to confront – and defeat – The Phenomenal One.

Now, things are a little bit more personal after Styles took it upon himself to feature Michelle McCool in the feud, seemingly bringing out a more human version of Taker than we’ve seen in quite some time.

The odds currently favor Taker to win the match as an overwhelming 1/4 favorite. Styles, on the flip side, is the 11/4 underdog despite many fans believing that he’s the one who needs the win more.

Many fans believe that this is going to mark the official return of Biker Taker, but of course, we need to get confirmation that WrestleMania will actually be allowed to go ahead first.

The purpose behind the rivalry may not make much sense right now, but the match (if it happens) will be a joy to behold.