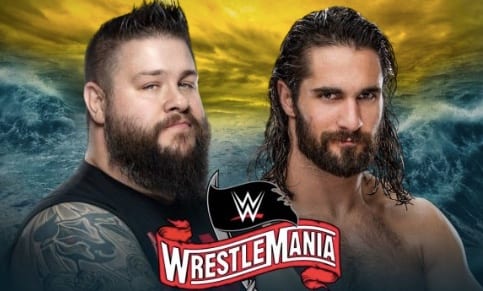 As seen on Sky Bet, the betting odds for Seth Rollins vs Kevin Owens at WrestleMania 36 have been released.

These two men have enjoyed a series of wars across a few different promotions over the course of their respective careers, but this rivalry certainly feels like one of the best runs they’ve ever had together.

With the showcase of the immortals being on the horizon, many fans are intrigued to see how this plays out in Orlando.

At this moment in time it’s a toss-up when it comes to the odds, with both Kevin Owens and Seth Rollins being priced at 5/6 to win the match.

While Owens has been on a great streak as of late with his promos and his matches, Rollins has really taken his game to a whole new level ever since he turned heel.

When the roles were reversed and Owens was the bad guy and Seth was the babyface, their title feud just didn’t really seem to work. Now, though, they’ve found something that worked.