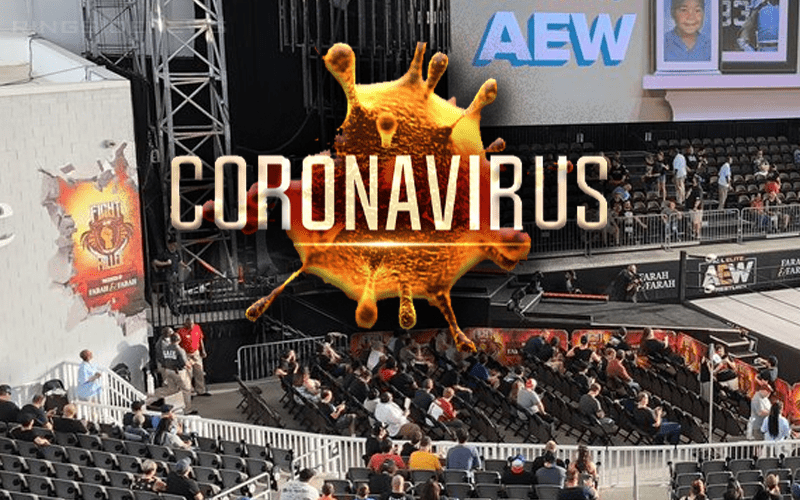 AEW will be holding Dynamite from Daily’s Place in front of zero fans. That was not the original plan.

The company was supposed to be in Rochester, New York tonight. That was called off last week. Prior to the city of Jacksonville putting a ban on gatherings over 50 people, AEW planned on having fans at Daily’s Place.

PW Insider reports that they wanted to get fans in and not charge them much. $10 was the planned ticket price, but they obviously had to nix those plans.

Before all the restrictions on public gatherings, there was a plan to charge $10 admission at Daily’s Place and donate the live gate to charity.

AEW will hold Dynamite with zero fans for a while. Their next planned event outside of Jacksonville is on April 22nd. That could always change too.

It was a nice gesture to donate money to charity, but social distancing needs to be practiced as much as possible during this uncertain time.