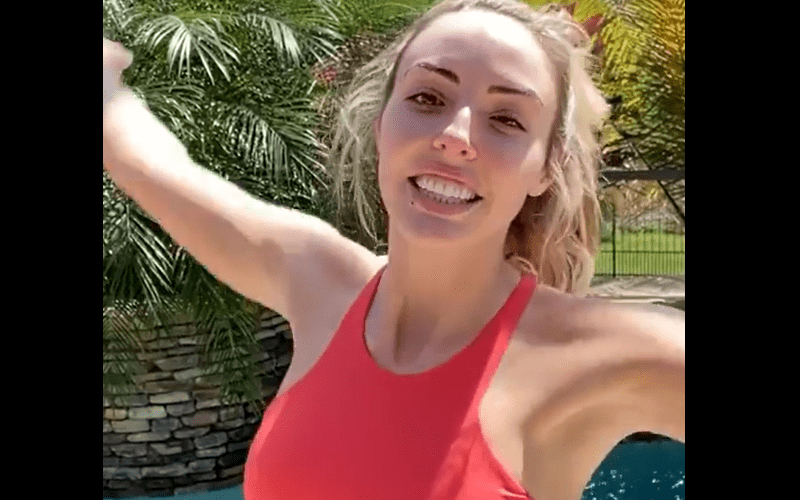 Peyton Royce and Billie Kay haven’t been seen on WWE television for quite a while. Word is they are in store for a repackaging. In the meantime, Royce is having a good time staying fit at home.

Click here to check out Peyton Royce’s recent topless photo that broke the internet for a bit.

Peyton Royce recently did some workout videos for her Instagram stories. You can check those videos out below.

Then Royce wrapped everything up with a nice little video. She encouraged everyone to stay safe, sanitized, and happy. This was followed by her cameraman shoving her in the pool.

Her cameraman happened to be Peyton Royce’s husband AEW star Shawn Spears. He said that he’ll probably have to sleep on the couch over that one.

The video of Peyton Royce taking an unexpected swim is in her Instagram post as the second piece of media. You have to hit the arrow to see it.