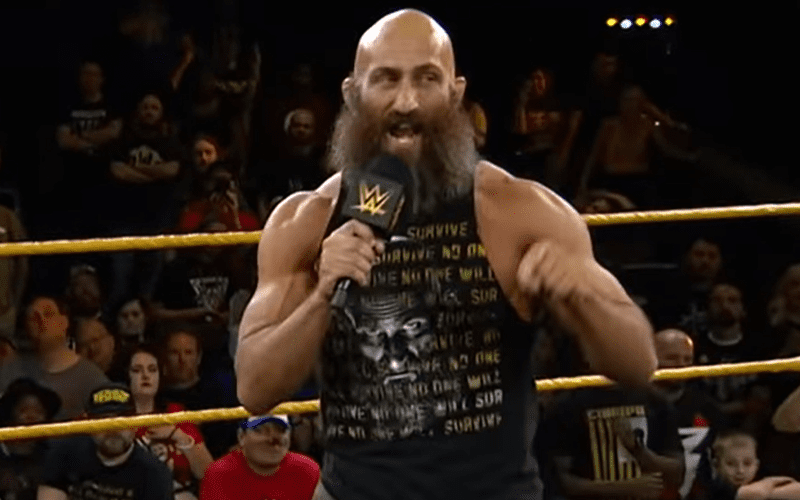 WWE NXT rushed to the USA Network and had hour-long shows before AEW Dynamite’s October 2nd debut. This was just one of the many shots fired in the Wednesday Night Wars.

NXT only had hour-long episodes those first two weeks because they were so excited about getting on Wednesday nights first that they didn’t wait for Suits to wrap up the series.

The wars on Wednesday continue to this day. They will be playing to zero fans in attendance due to the coronavirus until further notice.

Tommaso Ciampa has been a part of many great angles and matches that helped build the NXT brand. He recently spoke to Sportskeeda about the Wednesday Night Wars competition.

The Sicilian Psychopath seems to enjoy the competition because it brings the best out of everyone involved. To him it makes things even more fun.

“It makes it a little bit more fun. It brings that competitive edge out. I mean, I have friends over there and I also have people over there I’ve never met or ever shared a ring with.”

“It’s awesome to see, you know, everyone just elevating their game. Everyone just wants it. I don’t know if people say ratings don’t matter… they sure as hell matter. Like, you want to win.”

Tommaso Ciampa is a locker room leader in NXT. He’s held the NXT Title and he really wants Goldie back. He might have Johnny Gargano to deal with first.

As their heated feud continues it might be a bit more intense because they know AEW Dynamite is waiting on TNT in case fans want to change the channel.