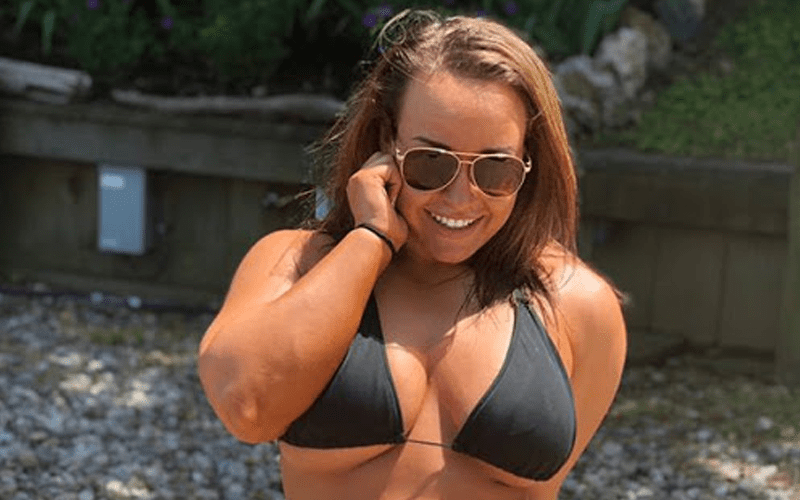 Jordynne Grace is preparing for what is to come like the rest of us. She also doesn’t appreciate how some people have capitalized on this tragic situation for massive profit.

The Impact Knockouts Champion tweeted out a pretty angry message at those people who are stockpiling hygiene supplies in an attempt to make a profit. Karma won’t forget them, and neither will Jordynne Grace.

If you stockpiled hand sanitizer/toilet papers/disinfectants to resell for a massive profit, you’re a piece of shit and karma won’t forget you.

One fan with the Twitter handle “@JustSaying” tweeted out to Grace saying: “It’s kinda like posting thirst trap photos to release a book of thirsty DM’s right?” Jordynne Grace has released two books full of thirsty DM’s she received and a third book is on the way according to her online store.

In case you needed a definition of “thirst trap,” it is: ” A sexy photograph or flirty message posted on social media for the intent of causing others to publicly profess their attraction.”

Jordynne Grace saw this message and had quite an interesting reply. “I always forget men aren’t in control of their actions,” was her retort.

For the record, Paige 100% agrees with Jordynne Grace. Paige even went as far as to call these pandemic opportunistic hoarders “assholes.”

In times of uncertainty at least we know that some things are not going to change.