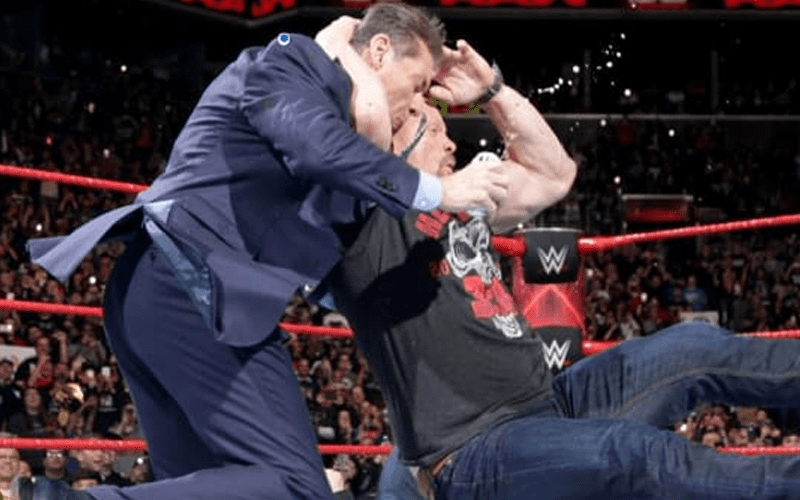 “Stone Cold” Steve Austin is coming back to WWE RAW next week for 3:16 day. At this time the event is still scheduled to take place in Pittsburgh, but that could change.

WWE wanted to make sure that everyone was ready for The Rattlesnake’s return. They uploaded a massive new super-cut video that includes plenty of Austin’s famous Stunner.

Kevin Owens might be using the Stunner now, but it’s Stone Cold’s finisher for plenty of WWE fans. Now WWE has cut together 316 of Austin’s finishing moves to enjoy.

This video took a lot of work to compile. It’s also pretty impressive at over 6 minutes of quick cuts. You can check it out below.