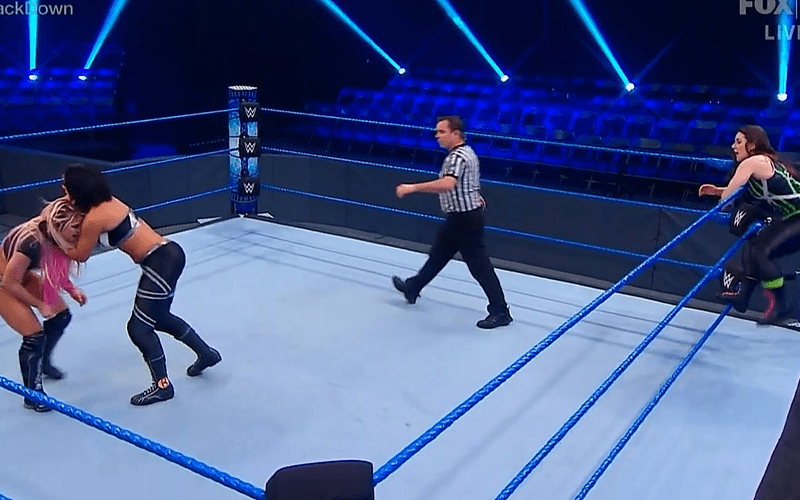 WWE held a very interesting episode from the WWE Performance Center this week. They aired one match and then they did an interview with Roman Reigns. After another backstage segment, they played the Tag Team Elimination Chamber match.

Click here for our complete WWE SmackDown coverage from this week.

During the tag team match that took place in the WWE Performance Center, Bayley and Sasha Banks battled Alexa Bliss and Nikki Cross. When they went to commercial break things were very different.

Since there was no live crowd in the WWE Performance Center, the match just stopped. You can’t blame them for not carrying on with the action when there were no fans to entertain.

As you can see from the video below, the action ceased and they just waited around until the show came back from commercial. Check it out below from our official Ringside News Instagram account.