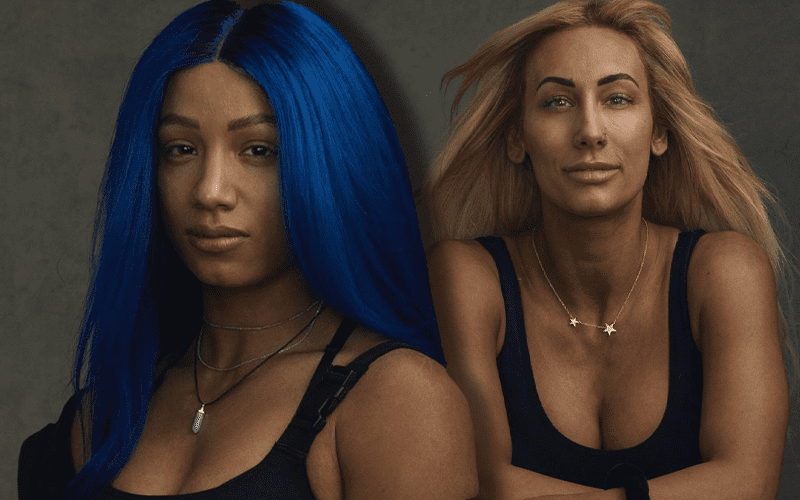 WWE Superstars rely on their image a lot of the times. Makeup is usually applied to add an extra coat for the camera, but it isn’t required at all. The company just released a gallery from their first-ever no makeup photo shoot.

The company has released an empowering photo shoot gallery to celebrate National Women’s History month. Plenty of WWE’s top females were invited to this shoot where makeup was off the table.

Also included in this gallery are quotes from the Superstars involved. Io Shirai provided a statement about how nervous she was about being natural due to her character.

“I was nervous about being so natural. Usually my character is so strong: strong eyes, strong makeup, strong character, but for now, I’m so natural and just smiling.”

Sasha Banks, Bianca Belair, Rhea Ripley, Charlotte Flair, Carmella, Io Shirai, Dana Brooke, and Ruby Riott are included in the photo shoot. You may check out several photos below or click here for the full gallery.