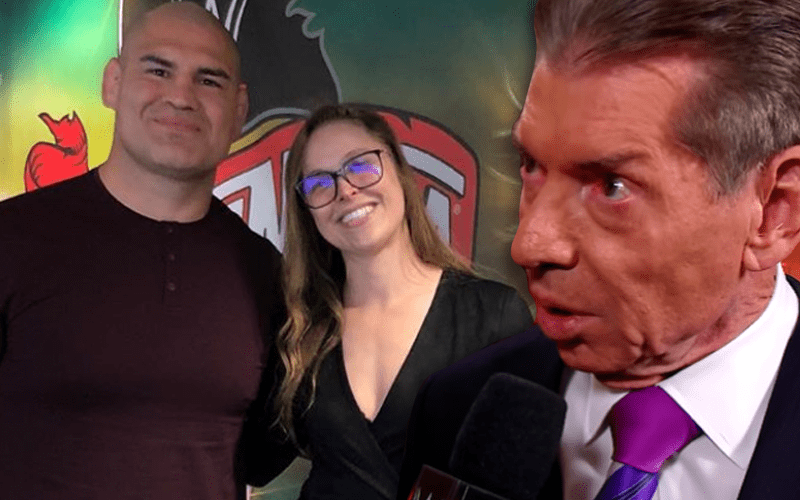 Vince McMahon wasn’t happy at all when he saw that Cain Velasquez tweeted out a picture of himself with Ronda Rousey from WWE Headquarters. The Chairman couldn’t do anything about it.

We previously reported that Rousey and Velasquez were at WWE Headquarters meeting with different departments. They saw each other and snapped a photo. Then it ended up on Velasquez’s social media.

The Wrestling Observer Newsletter reports that Vince McMahon “freaked out” when the picture was released. He was very upset that he couldn’t fire the leaker because the leaker was Cain Velasquez who didn’t know any better.

It was said by one person that Vince McMahon was freaking out badly over it knowing he couldn’t fire the “leaker” since it was Velasquez who didn’t know any better, but another said that was overblown and people were more laughing about it than freaking out about it

It’s likely that Cain Velasquez won’t be posting too many pictures that he takes inside the WWE Headquarters in the future. This also makes us have to wonder why Vince McMahon would get so upset if Rousey was just meeting with some different departments because they’ve had staff changes since December.