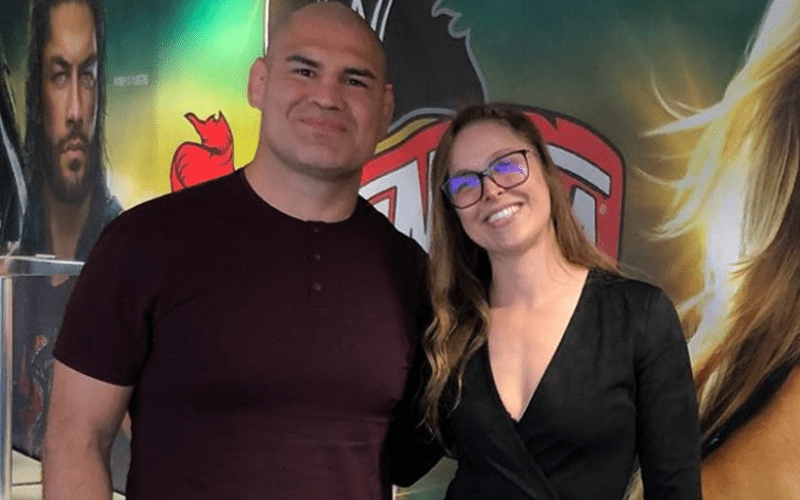 Update: Vince McMahon FREAKED OUT about this photo.

Original: Ronda Rousey hasn’t wrestled since WrestleMania 35, but her return to the ring could be greatly appreciated to generate interest right about now.

A lot of people took notice when Cain Velasquez sent out a photo of himself with the Baddest Woman On The Planet from the WWE Performance Center.

The Wrestling Observer Newsletter reports that Rousey and Velasquez just happened to be at WWE HQ at the same time. They were meeting with different departments within the company because a lot of new faces are running things since changes were made in December.

Both were in Stamford for meetings with WWE on a number of items. Lots of talent is being brought in for meetings with multiple departments as there has been a lot of corporate shifting around and changes made back in December.

We’re not sure when Cain Velasquez or Ronda Rousey will be making returns to the ring. They could be beneficial for some on-going stories, but it appears nether of them are being worked into WrestleMania plans at this moment.