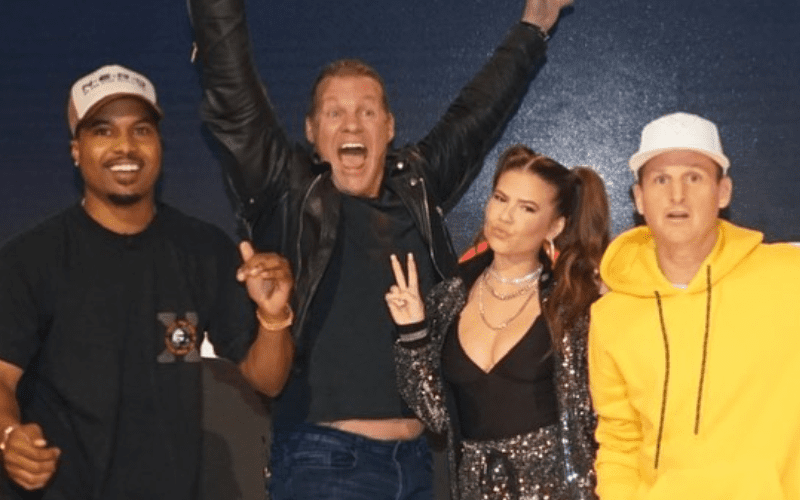 Chris Jericho is no stranger to the spotlight. He has appeared on plenty of non-wrestling television shows and he’s adding another to his list.

Had a blast on @gabby_c_duranmtv’s @ridiculousness today w @robdyrdek, @steelobrim & @chanelwestcoast!! I can’t believe it’s taken me so long to appear on this show…it’s right up my alley and I’m stoked to do it again! #LionBalls #CanadianPassport #StupidPeopleDoingStupidShit

You can check out a picture of them below. Obviously, they had a great time. If you’re familiar with Ridiculousness then you probably know how much fun that show can be.