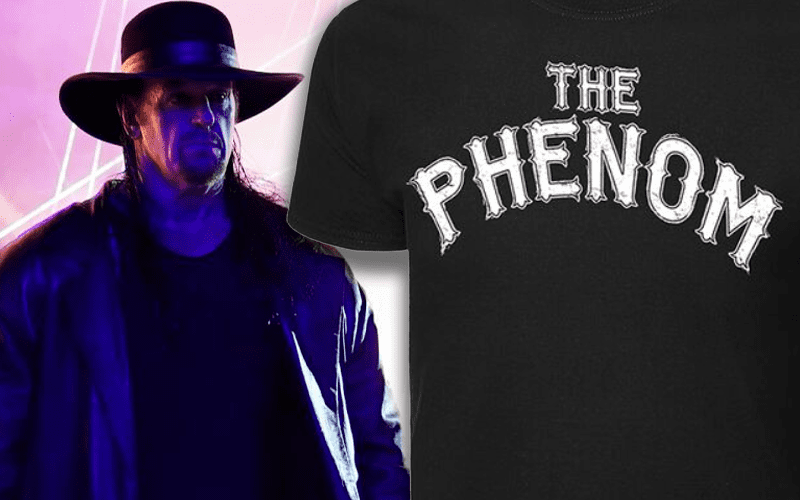 The Undertaker has been given plenty of official WWE merchandise in the past. This new design might need some work.

The Dead Man is set to face AJ Styles at WrestleMania. To prepare fans for this match they have a new Taker t-shirt.

The front of the new merch says: “Phenom” because that’s one of The Undertaker’s many nicknames. The back of this shirt says: “Be weary of the old man in a profession where young men don’t last long.” It’s a pretty cool quote, but one of those words doesn’t seem to fit.

The definition of “leery” is: “Cautious or wary due to realistic suspicions.” That is probably the word they meant to use.

They could have meant “wary” which means: “Feeling or showing caution about possible dangers or problems.”

The word they were going for was not weary.

You can check out the photo below of his new merchandise. We can only assume that they are either going to fix it, or they’ll just continue to assume that WWE fans won’t notice.