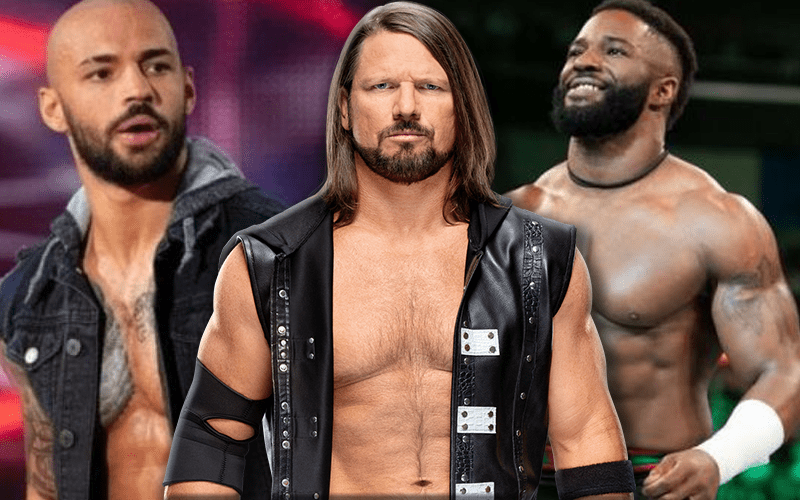 AJ Styles has been through a lot in his pro wrestling career. He’s been on top of companies and at the bottom. One thing he never did was give up no matter how frustrated he might have become.

While appearing on WWE Backstage, AJ Styles addressed the idea that guys like Ricochet and Cedric Alexander have lost their pushes in WWE. He said that a downturn doesn’t mean that another push isn’t on the way.

“These guys were high for a moment. I got beat by Cedric. I might have got beat by Ricochet as well. Like, it’s okay. We’re gonna get there. I see these guys on their way up and just because you’re on the downturn doesn’t mean you’re not gonna come back up. We just gotta wait our turn sometimes — even in WWE you just gotta be like, ‘Okay it’s not my turn, it’s somebody else’s I just gotta wait and do the best with what I got.'”

In the end, it is 100% up to Vince McMahon to decide who gets pushed and forgotten about in WWE. Hopefully, Ricochet and Cedric Alexander will get other opportunities. AJ Styles is apparently confident that the book isn’t closed on Ricochet or Alexander yet.