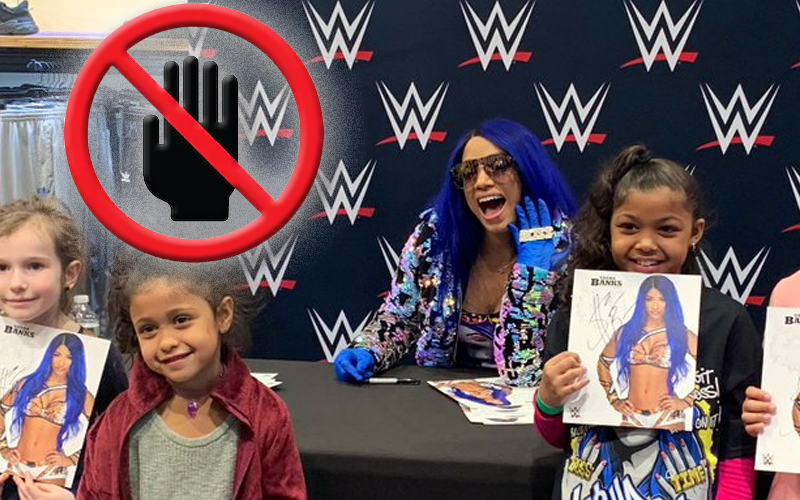 WWE might be carrying on with WrestleMania, but that doesn’t mean they will be ignoring the risk.

PW Insider reports that WWE has instituted a no-touching policy at all WWE Superstar signings. Sasha Banks was even seen sporting blue gloves at a recent appearance.

It was speculated that WWE WrestleMania Axxess will likely have the same rules enforced. Braun Strowman would only do fist bumps at The Big Event. The Undertaker made it clear that there was to be no touching at all.