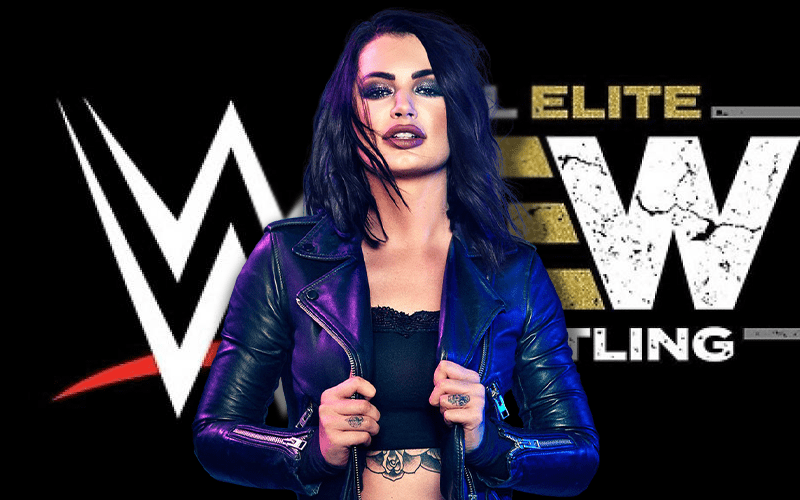 Paige’s return to SmackDown this week has given new life to the rumor that WWE might have cleared her for a return. Crazier things have happened and glimmers of hope seem to be appearing.

While discussing the subject of Paige possibly returning to the ring, Mike Johnson made a very good point during PW Insider Elite audio.

Edge is set to wrestle at WrestleMania against Randy Orton. This is something once thought impossible. Then Edge showed up at a meeting with AEW and suddenly that changed things.

It is possible that WWE might have changed their standard guidelines for special circumstances. This might allow some people to wrestle again who were previously medically disqualified.

“The Paige thing is weird. A lot of people wrote me like, ‘Did she get cleared?’ — ‘Is something up?’ I haven’t heard she’s cleared, but in a world where Edge is wrestling Randy Orton at WrestleMania I don’t put anything past WWE and I think the fact that AEW exists has changed their parameter in terms of what they’re willing to allow talents to do physically in the ring.”

“There were chats between Edge and AEW and magically Edge was cleared to return to the ring. Could similar things have happened with Paige? I don’t know. I’m not stating that they did happen, but I do find it interesting. Either they’re doing an angle or they’re using Paige as the mouthpiece for the challengers at WrestleMania.”

Paige could be showing up on Friday just to cut a promo and leave without getting physical at all. You never know what can happen as WWE attempts to draw as much interest to WrestleMania 36.