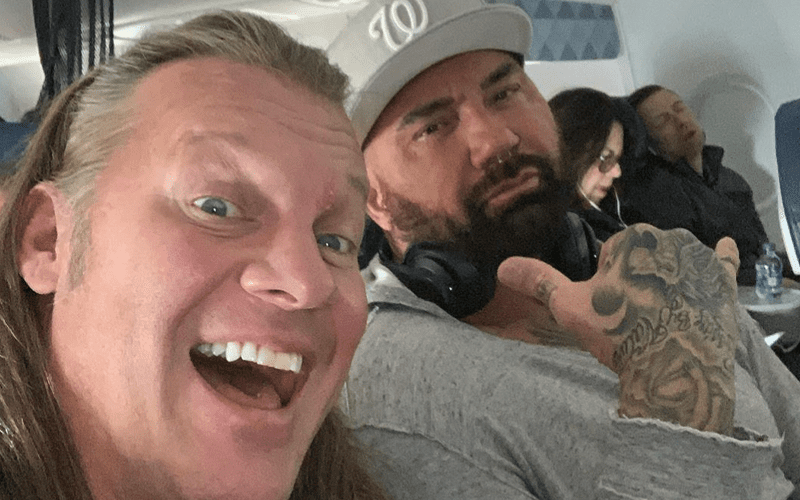 Chris Jericho has racked up plenty of frequent flyer miles. Today he had an unexpected neighbor on his flight.

The second-youngest World Champion in AEW history got on his flight and he was shocked to discover a familiar face sitting next to him.

Batista is set to be in Tampa for WrestleMania to accept a WWE Hall Of Fame induction. He was headed to the same place as Jericho today.

You never know when you’ll sit next to a @WWE Hall of Famer on the plane! @davebautista (possible photo bomb by @ozzyosbourne?)

Hopefully, this doesn’t spark any Batista to AEW rumors. It was just a chance meeting between two people who happened to be on the same flight. It was still an epic photo for Chris Jericho to share.