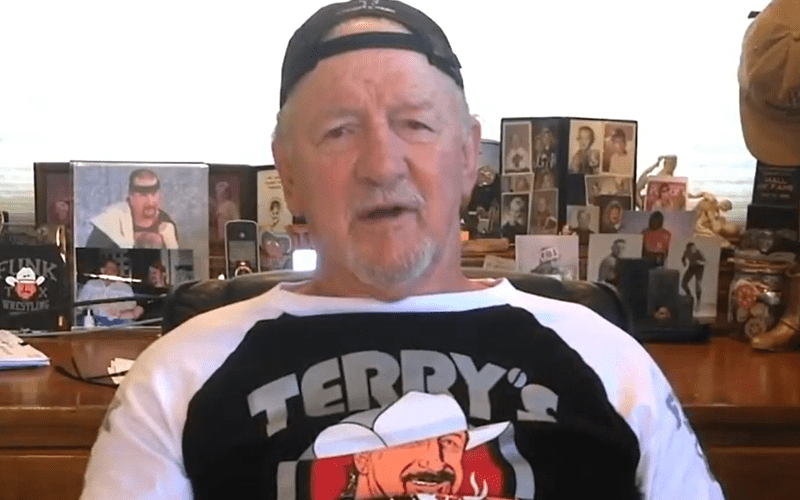 Terry Funk was set to appear at The Big Event in New York on Saturday. He is now forced to cancel that appearance.

PW Insider reports that Funk was forced to cancel his appearance at The Big Event in New York city. This is amidst him suffering from health issues.

Making his way from Amarillo, Texas to New York was not possible for Funk. It would have required too much travel and multiple flights. This could also apply to future appearances as they are “iffy at best.”

Funk, 75 years old, continues to deal with a number of health issues and will not be able to make the travel from Amarillo, Texas to New York (multiple flights from point A to point B) in order to make the appearance.  His forthcoming appearance in Philadelphia should be considered iffy at best as well.

It was also noted that: “Funk was very upset about not being able to make the trip, feeling he was letting fans down.”

This is very sad news and we hope that Terry Funk starts to feel better very soon. He lost his wife Vickie in March of 2019, and this has to be a difficult time for him.