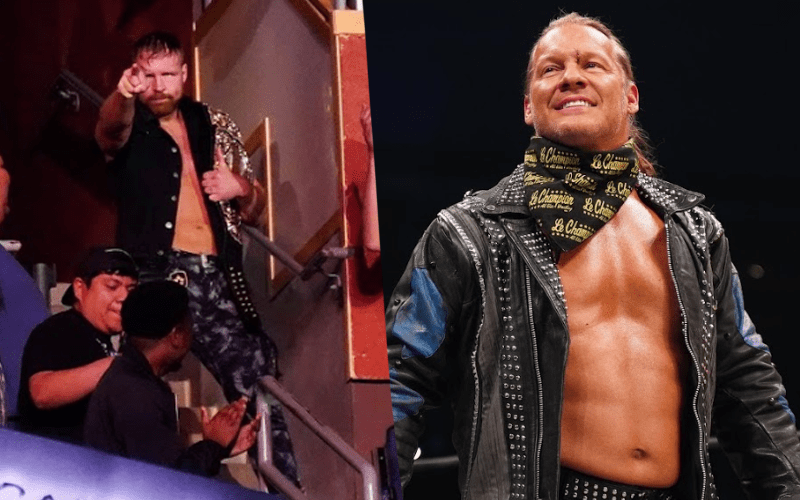 AEW Dynamite ended with a brutal assault this week. The Inner Circle aren’t happy about not having Le Champion in their ranks anymore. Jake Hager, Ortiz, and Santana did a real number on Jon Moxley while Chris Jericho looked on with a big smile on his face.

AEW apparently went all out to keep the attack on Moxley a surprise. They did something that might be unthinkable in Vince McMahon Land.

During Wrestling Observer Live, Bryan Alvarez read an email from a fan which noted that AEW arranged three decoys to sit in the crowd throughout the entire show in Denver so nobody would see the attack on Moxley coming.

“When Moxley made his entrance at the beginning of the show he walked past three men wearing masks in the same seats that would later be filled by Hager, Ortiz, and Santana when they jumped him at the end of the show.”

“They had three guys sit there in masks all night just so they could work the small amount of people who would have noticed them showing up at the end of the night.”

It was said that this kind of attention to detail wouldn’t have been done in WWE. It’s hard to argue, but there’s also no way of really knowing. Perhaps we will pay closer attention to see how WWE does this same kind of spot the next time they attempt a surprise of that nature.

All Elite Wrestling apparently cared enough to keep the fans in the arena and at home unaware of their plans before it was time to strike.