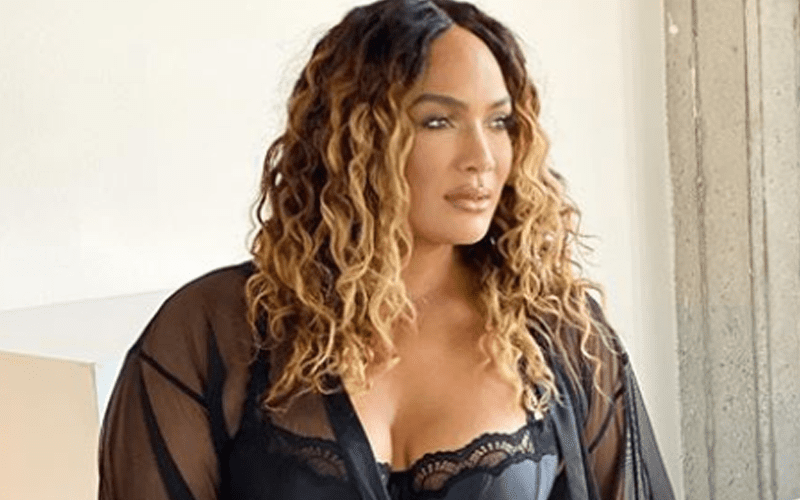 Nia Jax needed double knee surgery after last year’s WrestleMania. She’s apparently all better now and cleared for a return. While she waits for the right creative before her WWE return, the Irresistible Force is teasing her fans in another way.

The former champion uploaded a picture of herself in black lingerie. Her Instagram account blew up with mentions after she dropped this photo.

Nia Jax said “unfiltered and unbothered,” as a caption to this photo as tons of praise immediately came her way. Most of the reactions so far have included fans replying using emojis with hearts as eyes.

Unfiltered and Unbothered💅🏼📸 Shooting with @waywithwords

Nia Jax could return to the WWE ring at any time. It looks like she’s ready to get some serious attention whether she’s in or out of the squared circle.

You can check out the picture that everyone’s talking about below.