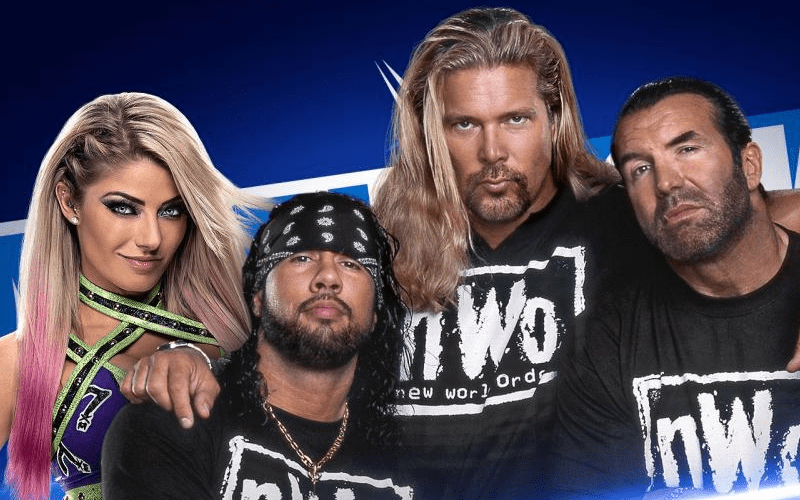 WWE Friday Night SmackDown will be the final chance for WWE to build toward Elimination Chamber this Sunday. We might be in store for a couple surprise guests.

PW Insider reported that Kevin Nash and Scott Hall are scheduled to be at Friday Night SmackDown this week. It isn’t certain that they will be on the show, but they are going to be around.

WWE Hall of Famers Kevin Nash and Scott Hall are slated to be at tomorrow’s Friday Night Smackdown taping in Buffalo, NY,

There is no word whether they will be appearing on the broadcast itself or if they are being brought in to film material for the WWE Network.

The company later confirmed that Hall, Nash, and Sean Waltman will be appearing on A Moment Of Bliss this week.

Yes, Kevin Nash, Scott Hall & Sean Waltman will be guests on Alexa Bliss’ lively talk show, “A Moment of Bliss.” What will the legendary and controversial group have to say ahead of their induction into the Hall next month during WrestleMania weekend? Find out this Friday night at 8/7 C on FOX!

Bayley and Sasha Banks are also slated to have a rematch against Naomi and Lacey Evans this week.