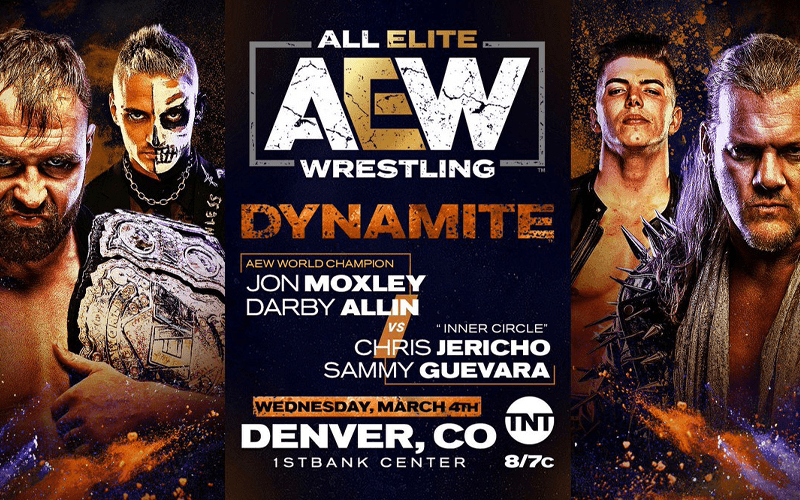 AEW Revolution was last Saturday. If you missed the pay-per-view then there is a lot you need to catch up on.

Click here for our complete AEW Revolution coverage to catch up.

AEW has only announced one match for Dynamite this week. They also promise a lot of fallout from Revolution.

Jon Moxley is the new AEW World Champion after defeating Le Champion. He will team up with Darby Allin this week to take on Chris Jericho and Sammy Guevara. This will be a great way to carry on with two feuds at once.

Nyla Rose is still the AEW Women’s World Champion after defeating Kris Statlander at Revolution. Odds are she won’t have to look far for a fight.

Lance Archer will also make his AEW debut this week. The company seemed to tease another big debut as well.

Big Swole vs Leva Bates has been announced for tonight’s show. Pac vs Chuck Taylor was also added to the evening’s event as well.

Also, Kenny Omega and Adam “Hangman” Page are still the AEW World Tag Team Champions. We’ll have to wait and see what the company has in store for them in Denver this week.