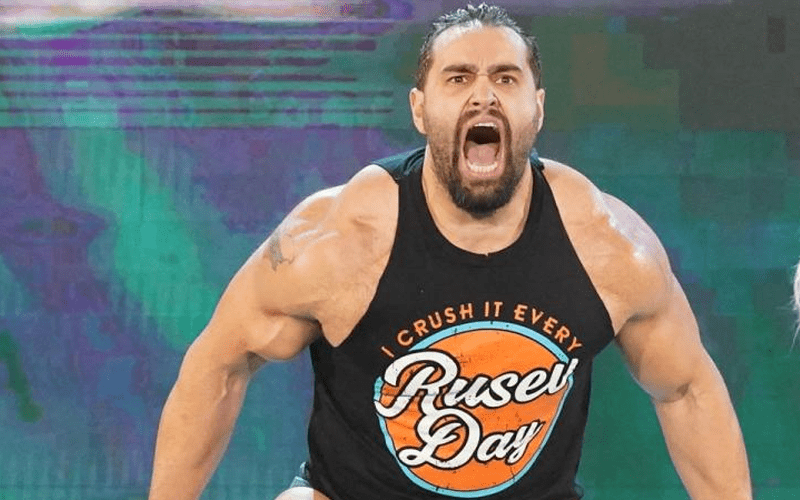 WWE Super ShowDown is this Thursday in Saudi Arabia. We will have complete coverage here at Ringside News. One Superstar who apparently won’t be making the trip is Rusev.

WWE previously announced that AJ Styles vs Rusev vs Andrade vs Bobby Lashley vs R-Truth were scheduled to battle in a Gauntlet match for the Tuwaiq Trophy. Now Rusev has been pulled from that match.

Rey Mysterio is replacing Rusev in the Gauntlet Match for the Tuwaiq Trophy. We’re not sure why Rusev was pulled from the match. He was removed from television a few weeks ago due to a contract dispute.