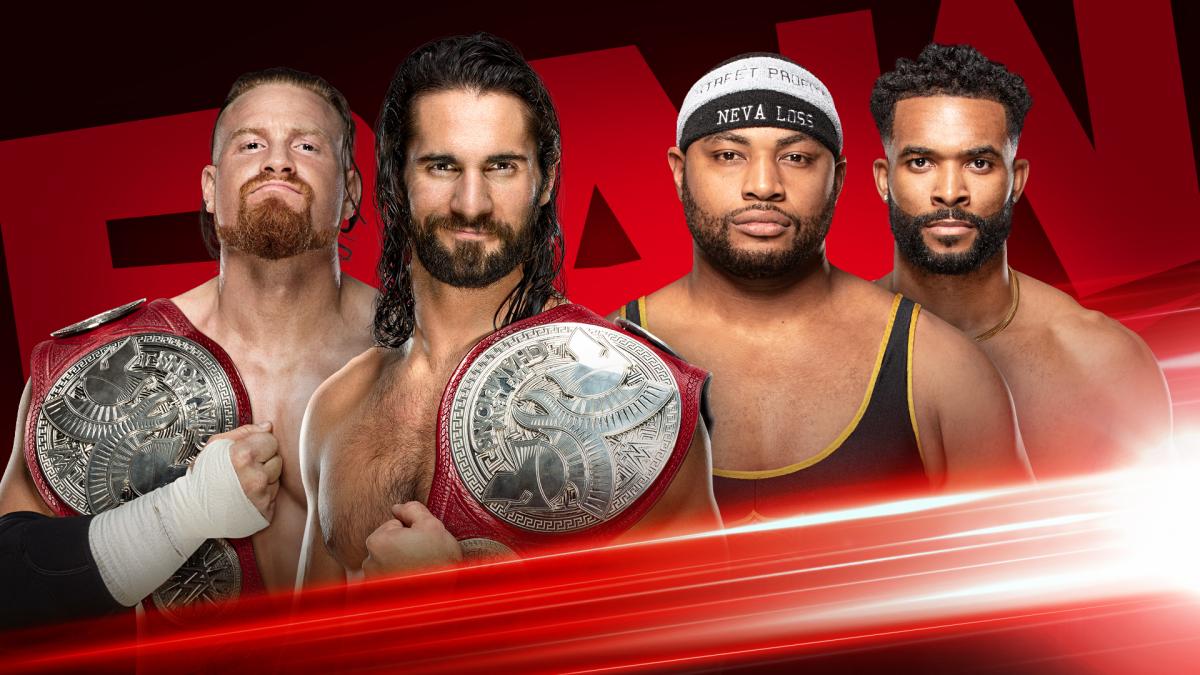 WWE is on the road to WrestleMania 36 and we’re making big headway toward the event. In fact, this week’s RAW is the go-home show before the Elimination Chamber.

Brock Lesnar is slated to be on RAW this week. As Drew McIntyre continues his preparation for the WWE Champion at WrestleMania we could get a Mania preview tonight.

Beth Phoenix will also be on RAW tonight to address her husband Edge’s status.

Shayna Baszler will take on Asuka in a match that fans have wanted to see in a WWE ring for a long time.

Riddick Moss is set to defend the WWE 24/7 Title. We have no further information other than that. He will defend the title likely in a regular match because that’s been his MO as champion.

The RAW Tag Team Titles will be on the line as well. Seth Rollins and Murphy will defend their titles against the Street Profits.

AJ Styles is taking on Aleister Black this week as well. That match could be an epic contest, but we’ll have to see what WWE has planned.

Rey Mysterio and Humberto Carrillo vs Angel Garza and Andrade is also booked for this week’s show.