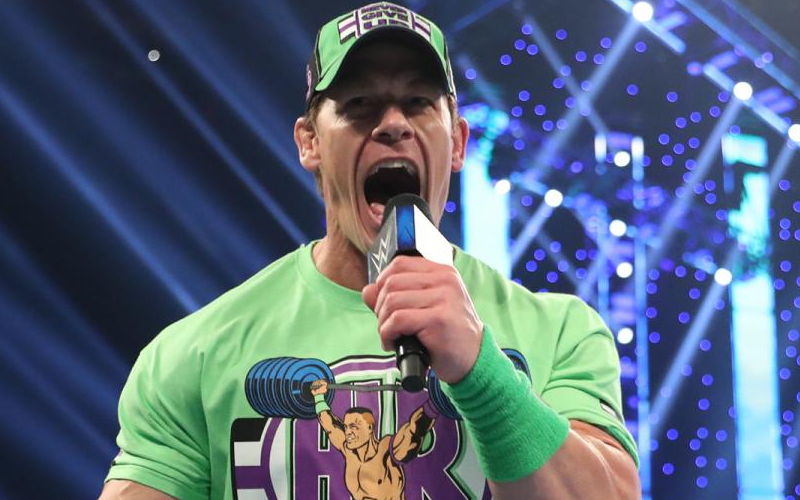 John Cena is now facing Bray Wyatt at WrestleMania. His return to SmackDown didn’t get physical, but his next spotlight at the show of shows will likely be a very brutal contest.

Cena’s upcoming match against The Fiend will be something different. He tweeted out a thank you to WWE for such an emotional homecoming. He meant to say goodbye in Boston, but WWE seemed to pull him back in.

Want to thank @WWEonFOX and more importantly @WWEUniverse for such an emotional experience on #SmackDown. I went to Boston to say ‘goodbye’ but realized that no matter where life takes me, @WWE is always home.

Bray Wyatt lost the WWE Universal Title to Goldberg at WWE Super ShowDown. To Vince McMahon, facing John Cena is right up there with competing for a title on the grandest stage of them all.