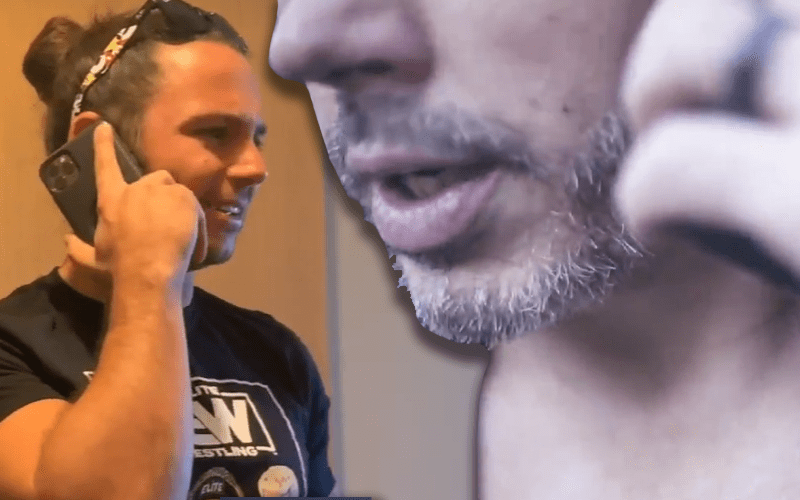 Matt Hardy is not staying with WWE. He left after allowing his contract to expire. He has no non-compete clause meaning he can show up where ever he likes.

We previously reported via Brad Shepard that Hardy has chosen All Elite Wrestling. This week’s Being The Elite seemed to back up that report.

Hardy has been uploading Free The Delete episodes for the last few weeks. Matt Hardy posted an ending for one episode of Free The Delete 18 hours ago as of this writing. Now we might know who he was calling.

At the end of this week’s Being The Elite, The Young Bucks got a call from a 910 area code. Matt Jackson answered and said that they haven’t heard from whoever is calling “for a second.”

We’ll have to see what’s next. This is pro wrestling so they could always throw a swerve at fans, but a lot of fan are expecting to see Matt Hardy revealed as the Dark Order’s Exalted One.