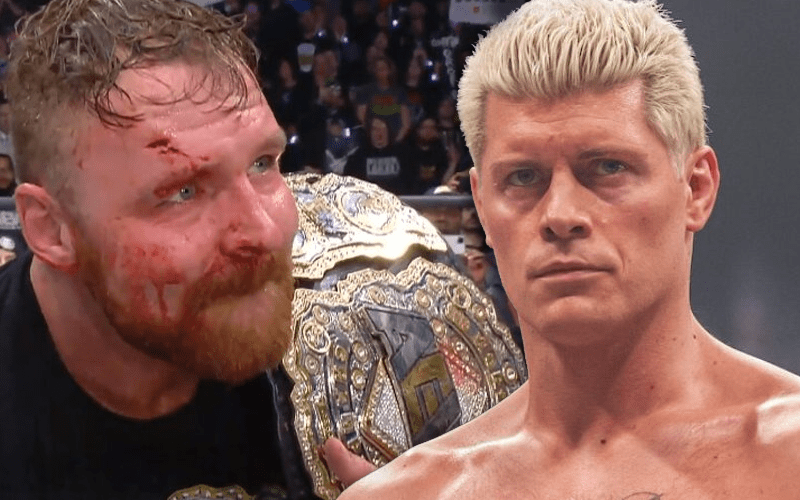 AEW Revolution was an exciting event, and it was capped off with a big World Title change. Jon Moxley has his eye on anyone who wants to fight him next.

When Rhodes lost to Chris Jericho at AEW Full Gear the stipulation was that Cody will never get to challenge for the AEW World Title again. This is a stipulation that the company has stuck to.

During the media scrum following AEW Revolution, Jon Moxley had something to say. He wants to face Cody Rhodes and he begged the American Nightmare not to hide behind a stipulation.

Mox offered Cody an AEW World Title shot if he wants it. The former Dean Ambrose is looking to get his hands dirty again and he was very pumped after his big win.

Moxley has the kind of babyface character where he can still fight other babyfaces. Mox just loves a fight and that fits his gimmick.

We’ll have to see if Rhodes vs Moxley is down the line. MJF defeating Cody at AEW Revolution certainty moves the AEW EVP down the singles rankings.