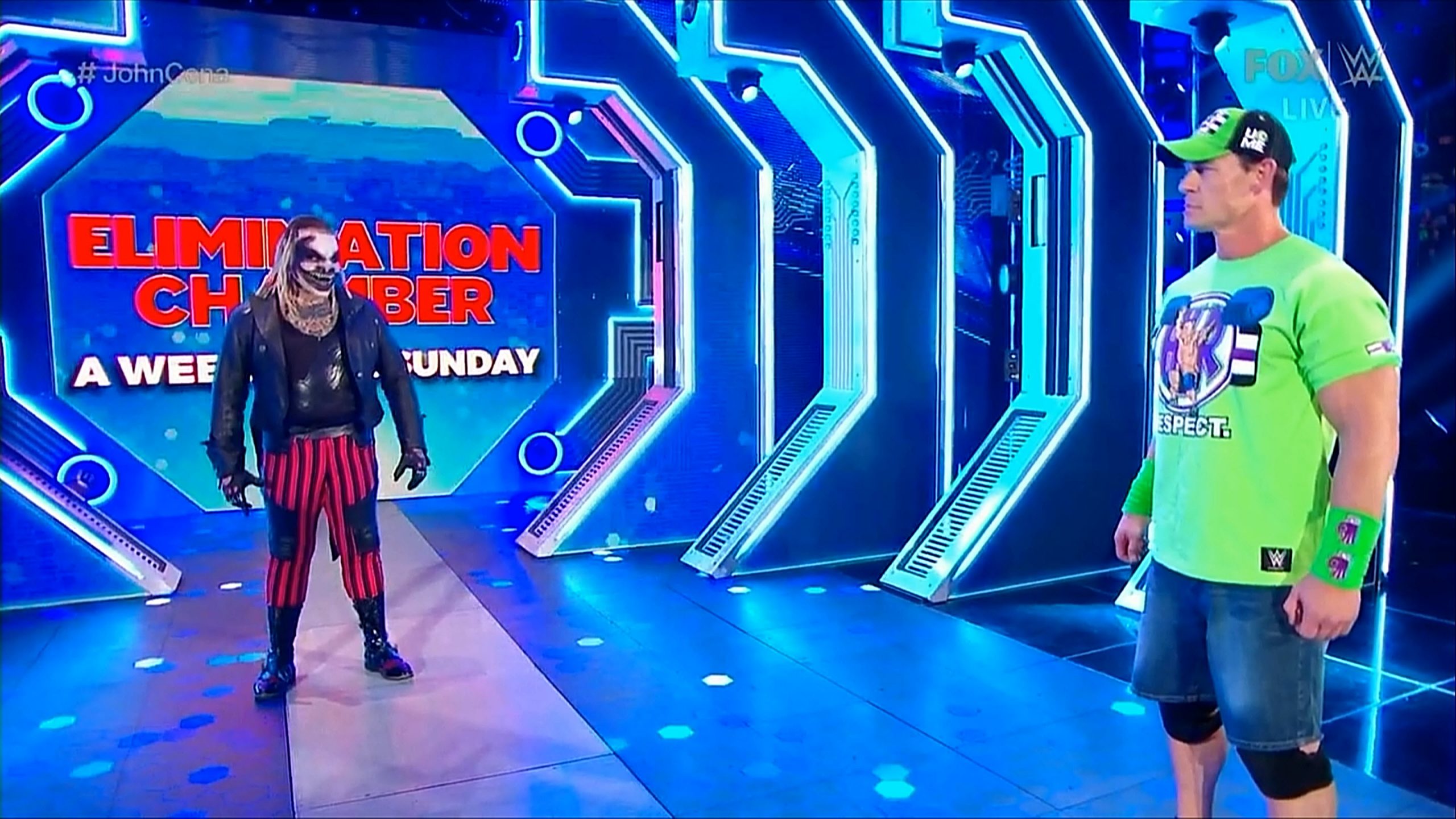 John Cena made his return to Friday Night SmackDown. They hyped his closing segment appearance for the entire show. Then when his time came it was quite eventful.

Click here for our entire Friday Night SmackDown coverage from this week.

John Cena said that he wasn’t wrestling at WrestleMania this year. He gave a heartfelt and choked up speech, but The Fiend had other plans.

As Cena was leaving, the lights went down and The Fiend showed up. He pointed to the WrestleMania sign and John Cena took a moment before accepting by tipping his hat.