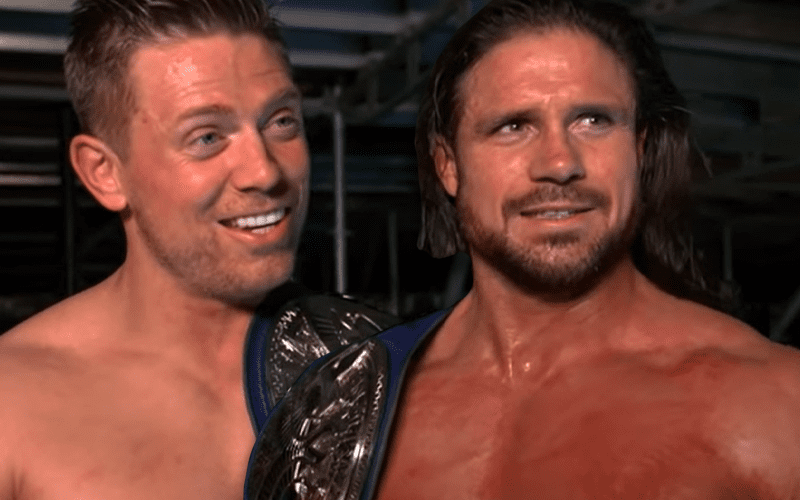 The Miz and John Morrison are leaving Saudi Arabia with some extra carry on luggage. They are now the new SmackDown Tag Team Champions after defeating The New Day. Be jealous.

Following their big title win they were reminded it’s been 11 years since they held WWE Tag Team gold together. Morrison said this has been the favorite part of his return so far.

The Miz said he was in the dumps and the Morrison returned. He said that they’re smarter now and better as well. Then The A-Lister made a very interesting comment about facing any tag team in the company.

“Honestly whether it’s RAW, SmackDown, NXT we can take on any tag team of any generation of any day. We’ve done it and now we’re gonna do it again.”

John Morrison said that they always called themselves the greatest tag team of the 21st century and it’s still the 21st century. No doubt they have a huge celebration planned for Friday Night SmackDown when they return to the United States as SmackDown Tag Team Champions.