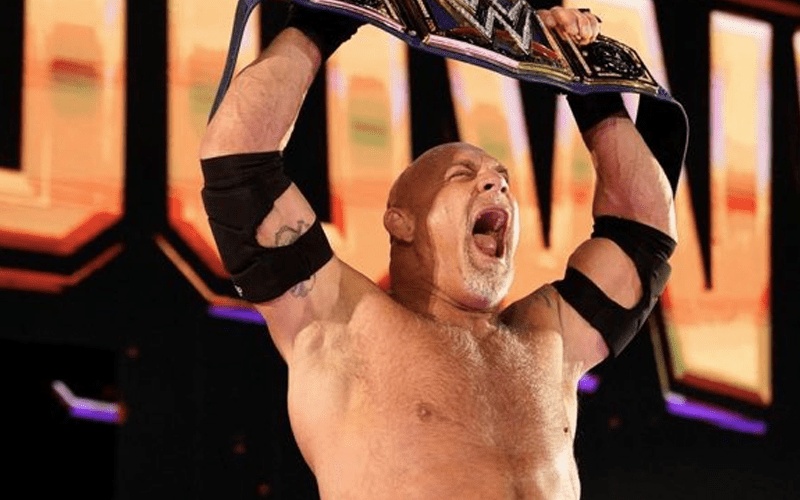 Goldberg walked out of WWE Super ShowDown as WWE Universal Champion. He spoke a bit after the event was over, but tomorrow night he will get more time to address the WWE Universe.

The company has confirmed that Goldberg will be in Boston for SmackDown this week. We might just find out who’s next.

Goldberg is headed to Friday Night SmackDown, and he’s bringing the Universal Title with him.

The WWE Hall of Famer sent shockwaves through the sports entertainment world when he defeated “The Fiend” Bray Wyatt at WWE Super ShowDown. Instead of who’s next, the WWE Universe will be wondering what’s next for Goldberg as he heads into his second reign as Universal Champion.

Will “The Fiend” Bray Wyatt reemerge to confront the first man to stop his twisted rampage? Or will Goldberg target a new member of Team Blue?

It will be very interesting to see who steps up to Goldberg. At this time, Roman Reigns is set to face him at WrestleMania. The Elimination Chamber match will also have a lot to do with determining that WrestleMania match.