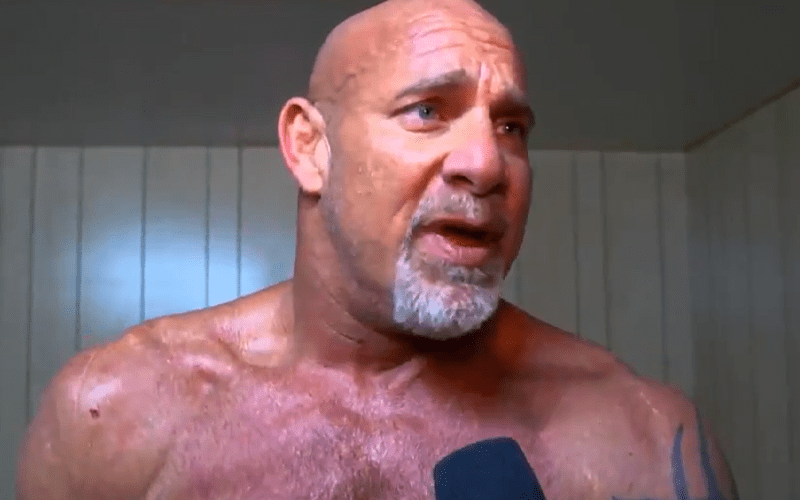 Goldberg picked up the WWE Universal Title at WWE Super ShowDown. Now that he is champion he can look forward to WrestleMania.

Following his victory, Goldberg compared beating The Fiend to defeating The Beast Incarnate Brock Lesnar. He had to give them both everything he had very quickly. In the end, it worked out.

“First of all, I’ll be limping out of Saudi Arabia, but hey man it’s an honor just to be here and to be here and attain this belt again — this title again, it’s a dream come true. It truly is.”

“It’s something you always shoot for, but the older you get the further you think that peak is away, you think.”

“I’m in awe. I had to hit him with everything I had as quickly as I could. Catch him off guard just like I did Brock. You know you gotta hit guys before they’re ready, especially at my age. I’ll strike it up as another conquest.”

Goldberg explained his tactics well. The match did make sense in that regard. He also seems appreciative to be there and holding the gold.

It doesn’t mean that every fan is willing to get overjoyed about Goldberg picking up the Universal Title again right before WrestleMania. Click here to read some pretty irritated reactions to Goldberg’s win at WWE Super ShowDown.