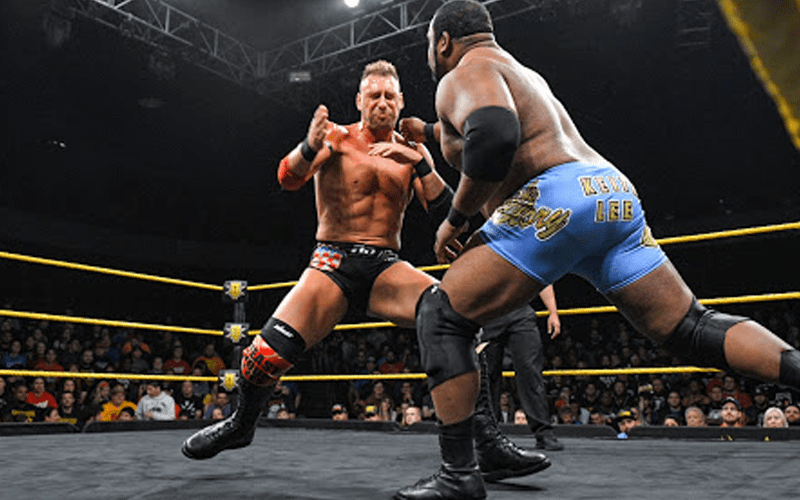 WWE NXT has plenty of Superstars who wrestled each other years before coming to the Performance Center.

During his appearance on WWE The Bump, Dominik Dijakovic discussed his history with Keith Lee. He had some dealings with the Limitless NXT North American Champion before and that carried over into his time in NXT. There are also plenty of people in WWE that Dijakovic locked up with on the indies.

“I crossed paths on the independent scene that a lot of people would know from WWE most notably Keith Lee. We had a long set of matches on the independents that kind of carried over to WWE. Me and Lio Rush, of course we met. Kyle O’Reilly, so me and a lot of guys around here — Roderick Strong — I have had a lot of dealings. The independents wasn’t a long tenure in my life, but it was a great experience and something I look back on fondly.”

It seems like Dominik Dijakovic will have to deal with Damian Priest now. Priest attacked Dijakovic during his match on WWE NXT this week. Click here for those complete results.

Dijakovic has a lot to look forward to in WWE. There’s a reason why The Undertaker took special interest in him.

We’ll have to see how long it takes for Dominik Dijakovic to cross off another dream match in WWE. He’s already faced plenty of outstanding opponents prior to signing with Vince McMahon’s company.