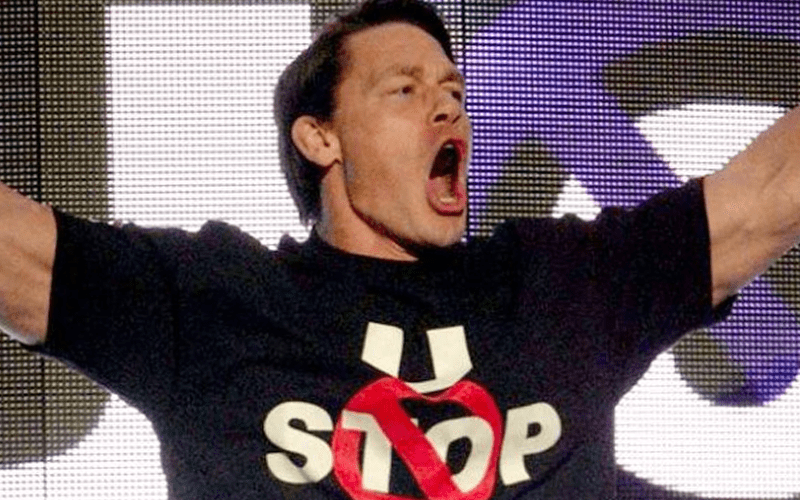 John Cena will be on WWE Friday Night SmackDown this week. The show will be in Boston which is a city very close to Cena’s heart and his hometown.

During Wrestling Observer Radio, Dave Meltzer brought up WWE’s plans for John Cena on Friday Night SmackDown this week. Cena will be back for a rare appearance. He likely won’t be making many television dates before the show of shows so WWE will probably use him as much as possible this week.

“Friday in Boston they’re gonna do the John Cena angle. It’s been hinted to me, but it hasn’t been said to me that that’s what’s going to happen. It would make sense because I don’t anticipate John Cena doing a lot of TVs. So if they’re gonna shoot the angle it’s gonna be Friday, but it won’t be Elias because Elias is a babyface.”

It was previously reported that SmackDown’s WrestleMania matches are up in the air. We’ll have to see what WWE has planned for John Cena after the company reportedly scrapped his match against The Drifter.