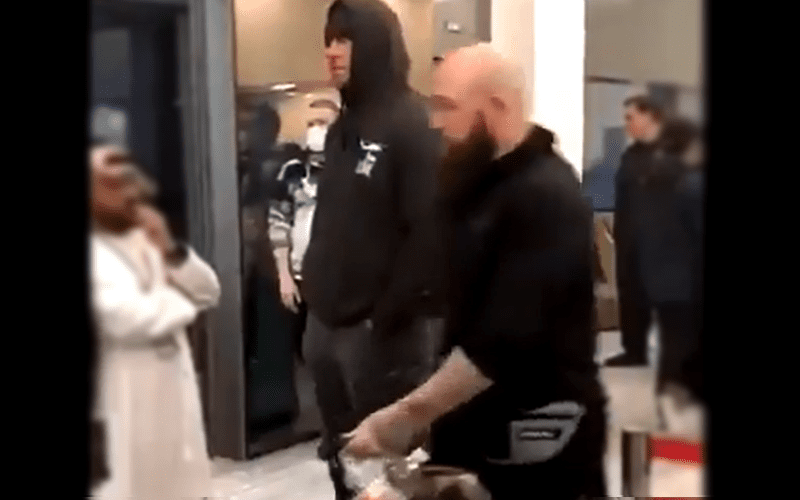 WWE Super ShowDown is this Thursday and the trip to Saudi Arabia is over for the Superstars. They made it there in plenty of time or the big event.

Video footage of WWE Superstars including The Undertaker has been released. As you can see they look a bit tired, but they’ve had a long day of travel already.

Wrestling Club posted the following video along with a caption that when translated into English reads:

the Phenom Undertaker arrives in Riyadh to participate in a show

You can check out the video below. We will have full WWE Super ShowDown coverage right here at Ringside News.